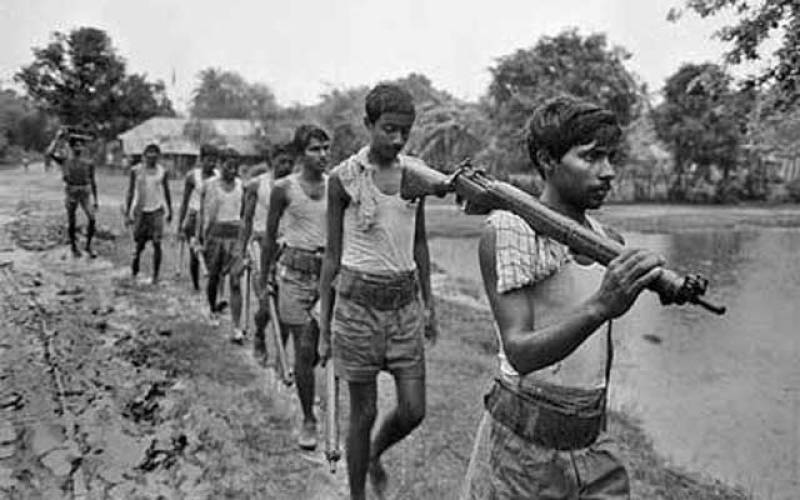 LAHORE (Ali Zain) - Indian Prime Minister Narendra Modi repeatedly called Pakistan a terrorist state after Uri attack without providing a single evidence of Islamabad's involvement in the incident which took place amid the presence of over a half million Indian army personnel in Occupied Kashmir. It has not happened for the first that  India has hurled allegations without presenting any proofs, however, on the other hand, historical records confirm India's state policy of interference and terrorism sponsorship in its neighboring states.

Be it Pakistan, Bangladesh or Sri Lanka, India maintains a history of establishing and patronizing venomous movements which caused deaths of thousands of innocent people in these countries.

India laid the foundation of cross-border terrorism in South Asian region by establishing  Mukti Bahini militia in Eastern Pakistan –now Bangladesh– during the late 1960s. The terrorist movement, which mainly focused on communal violence, took its final shape in 1971 and eventually resulted in the creation of a new state called Bangladesh. Indian Prime Minister Narendra Modi also accepted India's role in the creation of Mukti Bahini during his 2015 visit to Bangladesh. 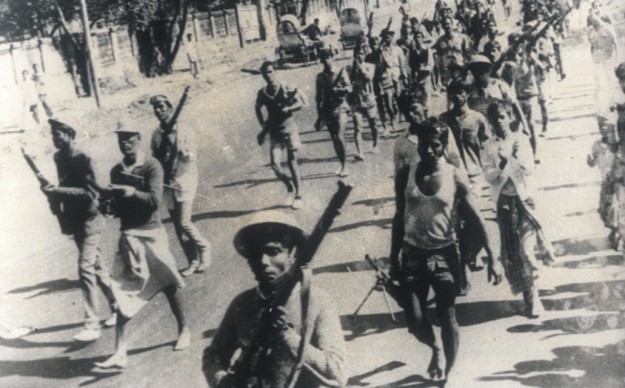 The declassified documents from the US National Archives, which carry details of communication between American ambassadors in India and Pakistan with the State Department, confirmed that India not only recruited the Mukti Bahini guerrillas but also trained them on its land and later infiltrated them into Eastern Pakistan after arming them.

A communication (dated May 26, 1971) of the US ambassador with the State Department stated: "For some time now India has been systematically interfering in internal affairs of Pakistan with a clear aim of jeopardizing Pakistan’s territorial integrity. Another telegraph (October 7, 1971) of the US envoy claimed there some 60,000 Mukti Bahini armed fighter had been injected into Eastern Pakistan by Indian forces.

On December 16, 1971, when the US ambassador in New Delhi appraised the US Secretary of State about Pakistan's surrender in Dhaka, he addressed General Arora as "Indian General commanding joint Indian Army / Mukti Bahini operations."

Mukti Bahni went on to kill thousands of Pakistanis that got stranded in West Pakistan, now known as Bangladesh.

Gaining experience from Mukti Bahini's success in East Pakistan, Indian Prime Minister Indira Gandhi started taking a special interest in Sri Lanka's ethnic conflicts during the mid-1980s. While on one side the world could see her government trying to bridge the difference between the warring parties, on the other it trained and armed the Tamil youth to further instigate violence in Sri Lanka. This has also been confirmed by former LTTE leader Kumaran Pathmanathan during an interview 2011. 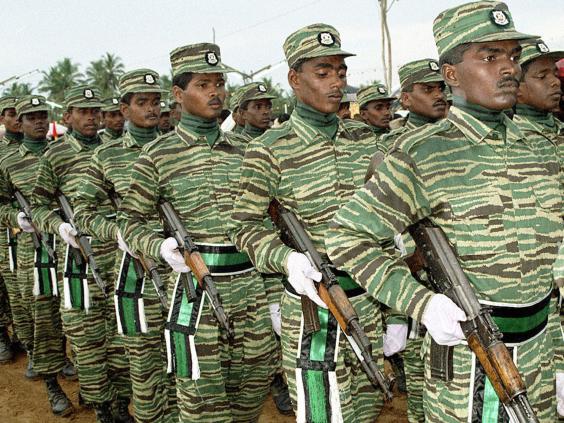 Similarly, then Indian President's Secretary Lalith Weeratunga also reported "the Indian intelligence agencies had a big hand in planning and executing terrorist strikes in Colombo in the mid-eighties" in his book titled "Gota's War." Weeratunga personally witnessed almost all of the meetings on this matter and while speaking at his book's launching in 2009, he said: "India directly violated the sovereignty of Sri Lanka in 1980s."

A December 2009 document of  US diplomatic cable released by Wikileaks said that Dubai's top security officials told Howard Mendelsohn, who was then working as an Acting Assistant Secretary of the Office of Intelligence and Analysis at the US Treasury Department, that India was backing Tehreek-e-Taliban Pakistan (TTP) to promote terrorism in Pakistan. The documents suggested that India facilitated Taliban in smuggling and supported them with weapons and money. 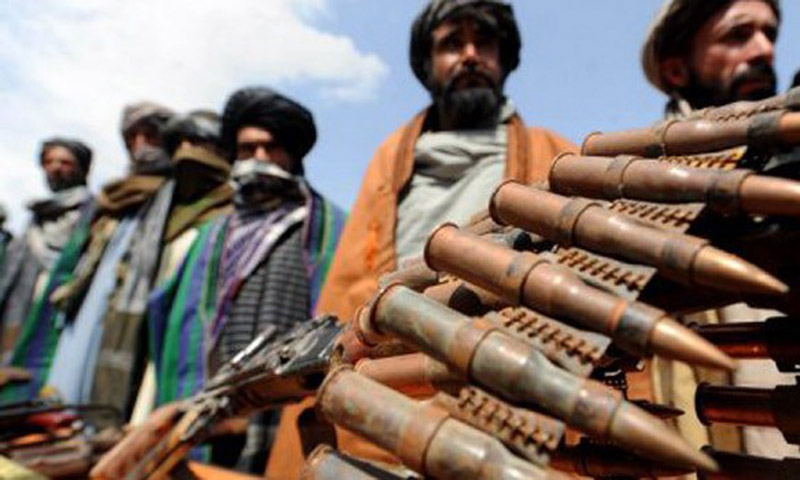 In 2013,  US Special Representative James Dobbins also acknowledged that Pakistan's concerns over Indian presence in Afghanistan were not groundless and that militants were infiltrating into Pakistan from Afghanistan. Pakistan had then told the US that Indian move to build its consulates in Afghanistan's Jalalabad and Kandahar cities were aimed to sabotage Pakistan.

The TTP, separate entity from Afghan Taliban, have been responsible for such atrocities as killing 148 children in Peshawar school attack, bomb blasts on mosques and targeted killing of Pakistani intelligence personnel - many of these attacks planned and funded by Afghanistan-based Mullah Fazlullah, who enjoys the patronage of Kabul and New Delhi.

More recently, Pakistan has accused India of harboring militants to sabotage the China-Pakistan Economic Corridor (CPEC) worth $46 billion and the allegations are not mere speculations. The Chinese intelligence services also share the same stance and believe that India Research and Analysis Wing (RAW) is on front-foot to target the project. 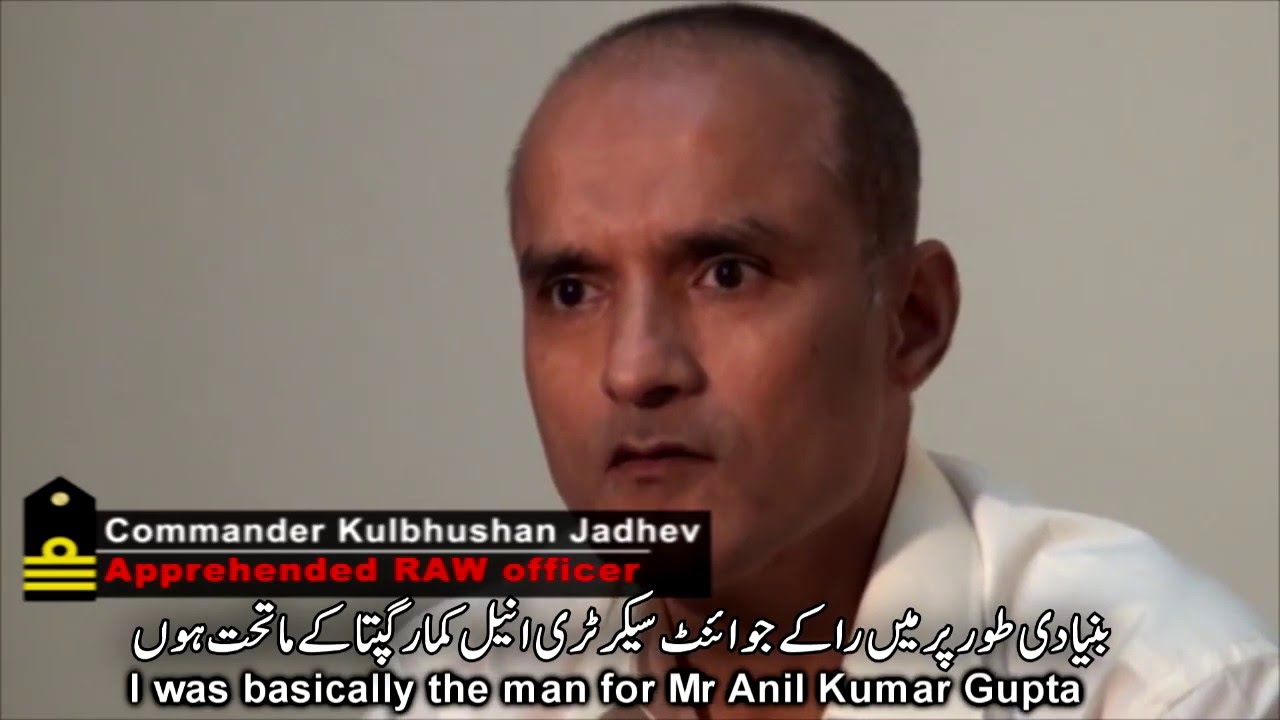 In March 2016, Pakistani law enforcement agencies  arrested an in-service Indian spy Kulbushan Yadev who, in his confessional statement, said the RAW had tasked him to ensure the failure of the CPEC project.

A video released by Pakistan Army's media wing showed him saying "I am still a serving officer in the Indian Navy and will be due for retirement in 2022. By 2002, I commenced intelligence operations. In 2003, I established a small business in Chabahar in Iran. As I was able to achieve undetected existence and visits to Karachi in 2003 and 2004 and having done some basic assignments within India for RAW, I was picked up by RAW in 2013."

Indian opposition to the China-Pakistan Economic Corridor (CPEC) is not limited to secret sabotage activities alone, Indian Prime Minister Narendra Modi and Foreign Minister Sushma Swaraj have openly urged China to not implement the project with Pakistan for a number of times. However, Beijing has always dismissed the Indian demand.

India's current unhealthy obsession with CPEC makes no logical sense except that Pakistan's development is a source of immense pain for New Delhi.