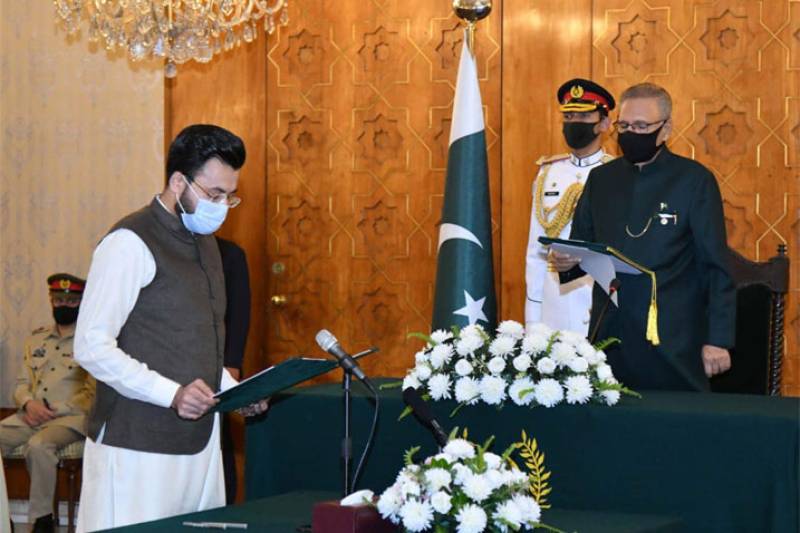 ISLAMABAD – Farrukh Habib has taken oath as the Minister of State for Information and Broadcasting.

President Dr. Arif Alvi administered him the oath at a ceremony at Aiwan-e-Sadr in Islamabad on Thursday.

In a tweet after taking the oath, the PTI lawmaker said he would use all his abilities to achieve the goal of 'Naya Pakistan'.

Habib, who had previously been serving as Federal Parliamentary Secretary for Railways, became a Member of the National Assembly after winning the Faisalabad's NA-108 seat in the 2018 genera polls.

ISLAMABAD – Federal Parliamentary Secretary for Railways Farrukh Habib has been appointed Minister of State for ...