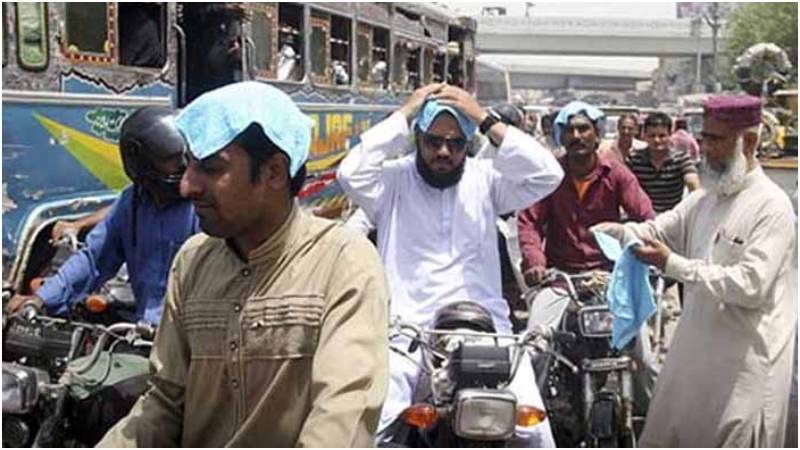 ISLAMABAD – The Ministry of Climate Change has issued an heatwave warning, urging provincial governments and relevant federal departments to take precautionary actions in an effective manner to mitigate against the impacts of a heat spell that is gripping Pakistan.

While the country is grappling with the heatwave, it is imperative for all of the stakeholders to take precautionary actions in an effective and timely manner as per recommendations made in the Technical Report on Karachi Heatwave' of the Ministry of Climate Change, said Federal Minister for Climate Change Senator Sherry Rehman.

“This is the first time in decades that Pakistan is experiencing what many call a ‘spring-less year’ in March 2022,” said.

“ South Asia, particularly India and Pakistan are faced with what has been a record-breaking heatwave. It started in early April and continues to leave the people gasping in whatever shade they find.

According to the Meteorological Department’s reports, March has remained the hottest month recorded since 1961.

In addition to that, rainfall in this season was 62% less than the previous years. The heatwave, unfortunately, came at an especially gruelling time during the holy month of Ramzan, the press release said.

For an effective short term solution to dealing with the current rising temperatures, cool centers facilitated with drinking water and fans may be established at public places and along the main avenues, along with tree shaded rest areas."

She concluded by saying, “A heatwave in the month of March and April is unprecedented and alarming, putting the public at risk. However, international organizations had already warned of a severe and prolonged heatwave in Pakistan. People are urged to take precautionary measures to avoid extreme heat.