#SupportTurkey trends in Pakistan amid tensions with Greece 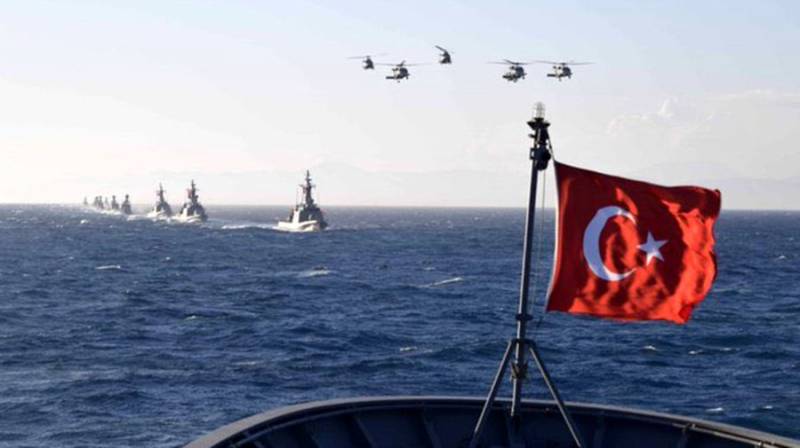 #SupportTurkey remained the top trend on Twitter in Pakistan.

A dispute over maritime borders and gas drilling rights has reignited the long-running rivalry between Greece and Turkey, with the two neighbours staging rival naval drills.

In a message, Turkey said it would carry out "shooting exercises" from Saturday until September 11 in a zone off the southern town of Anamur, north of the island of Cyprus.

Meanwhile on Saturday, Turkey issued an international Navtex alert to carry out artillery exercises in eastern Mediterranean until September 11 amid the escalated row with Athens.

Vessels were advised to avoid visiting the exercise area.

In a sign of the volatility of the situation, Turkey's defence ministry said Friday that fighter jets had on Thursday intercepted six Greek aircraft which were approaching a zone where a Turkish research ship was deployed, forcing them to turn around.

Greece has also mobilised its armed forces and warned it would stand up for its sovereignty by all available means, including military measures.

The EU on Friday warned Turkey it could face fresh sanctions — including tough economic measures — unless progress is made in reducing soaring tensions.

Turkey responded by saying it “will not hesitate to defend its interests."

Pakistan, Turkey to stay in close contact on all issues of common interest

This week, Pakistan praised Turkey for its support for the people of Indian-administered Jammu and Kashmir.

Following a meeting on Thursday in the capital Islamabad with Turkey's envoy to the South Asian country, the chairman of Pakistan's Parliamentary Committee on Kashmir, Shehryar Afridi, said Turkish President Recep Tayyip Erdogan's stance on Kashmir has helped internationally highlight the issue.

"President Erdogan has played vital role in exposing Hindutva designs against the people of Kashmir and Indian minorities as the goons of proscribed Rashtariya Swayamsevak Sangh (RSS) were lynching Muslims, Christians, Sikhs and Dalit Hindus with impunity and the Indian authorities were providing assistance in actions against the Indian minorities and Kashmiris," Afridi said in a statement after his meeting with Ambassador Mustafa Yurdakul.