Review: Ranveer Singh works his magic as a cop in SIMMBA 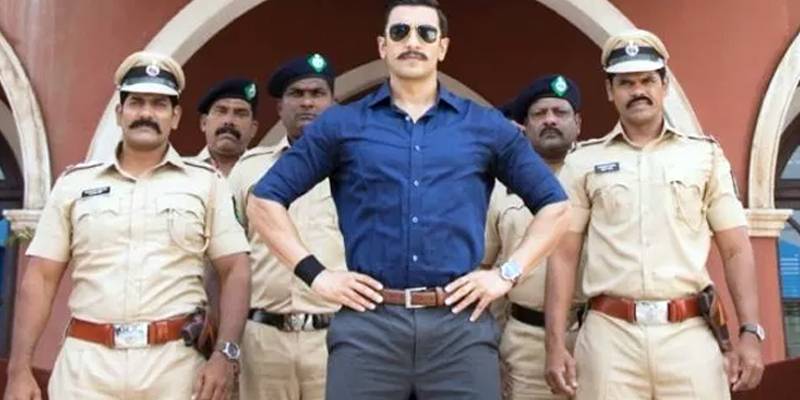 LAHORE - 'Simmba' has been anticipated since a while due to the amazing pairing of Sara Ali Khan and Ranveer Singh coming on the big screen.

The film is about a bad cop who turns good. He is a corrupt officer who later realizes what he has done wrong in life after a life-changing incident.

What a full on BOLLYWOOD movie, I wish I was in Mumbai watching this at Chandan. Such a seeti maaro type movie! Love love love it @RanveerOfficial @DharmaMovies @RelianceEnt @iamrohitshetty #Simmba #SimmbaReview 👏🏻👏🏻😃😃

#SimmbaReview Kudos to #RohitShetty for bringing @ajaydevgn & @RanveerOfficial together in this action-packed entertainer. No doubt, nobody does masala films better than him. What a perfect end to 2018.#RanveerSingh | #AjayDevgn | #Simmba | @DharmaMovies | @RelianceEnt |

#SimmbaReview (1/4): The best part about #RohitShetty's films is that you easily buy into his world. This one too relies on his super successful formulas & yet bcoz of #RanveerSingh, this is different. OTT, goofy, naughty, cute but morally corrupt, he is in SOLID POWER😁

(2/4) The story premises is basic & with Sara being a small part, the first 40mins may not create a huge impact, but the WOWs are assured when you have Ranveer snacking on 'Badnaam Chutney' or making his DHAASU entry👌👌 #AshutoshRana is similar to Ashok Sharaf from Singham

(3/4) The power of women is touched upon beautifully & the scenes around sexual voilence are never crass, everything is dealt with utmost sensitivity. There are ample moments in the 2nd half to love & ponder over, raises awareness and makes you clap & whistle.

People are showing RESPECT to the film due to how it has touched upon the topic of sexual violence in a sensitive manner.

Sara Ali Khan is beautiful and her acting/dancing skills are even better!

With a hint of Dabbang, Singham and Rowdy Rathore, the film is a visual treat.