Is this Alizeh Shah smoking publicly in viral video? 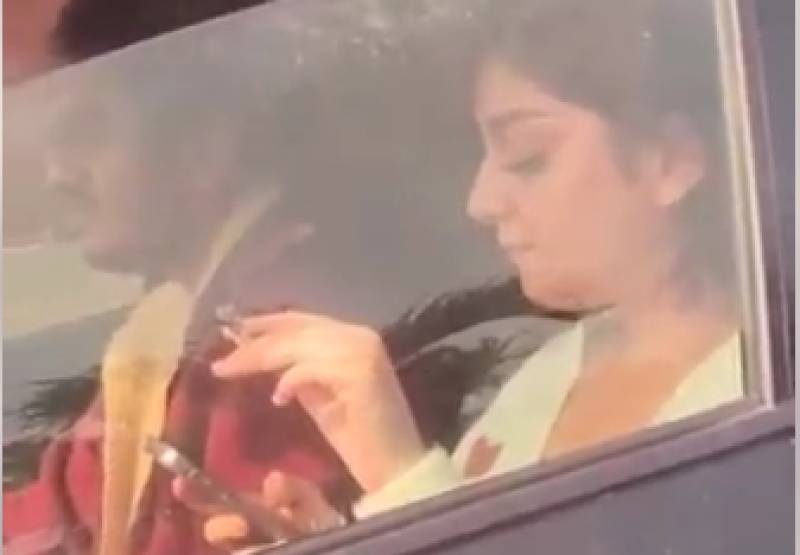 A video of a young Pakistani woman smoking in a car is making rounds on the internet with many speculating it’s the popular Pakistani TV actress Alizeh Shah.

Wearing a white low-neck top, the woman is holding cell phone in one hand and a cigarette in the other. With half of the window open on her side and the car parked on a roadside, the woman seems to be fully enjoying her moment.

Someone zoomed in on her from a distance, shot the video and then shared it on the internet, trigging speculations it’s Alizeh Shah smoking in the public. Her face and haircut look similar to Alizeh Shah, but she might not be the 21-year-old celebrity. The man in the driving seat is sitting silently and then he suddenly puts his hoodie on, apparently making a conscious effort to hide his identity.

The actress has yet to comment on the video although there are little chances it is she in the viral clip.