When is Bilawal Bhutto Zardari getting married? 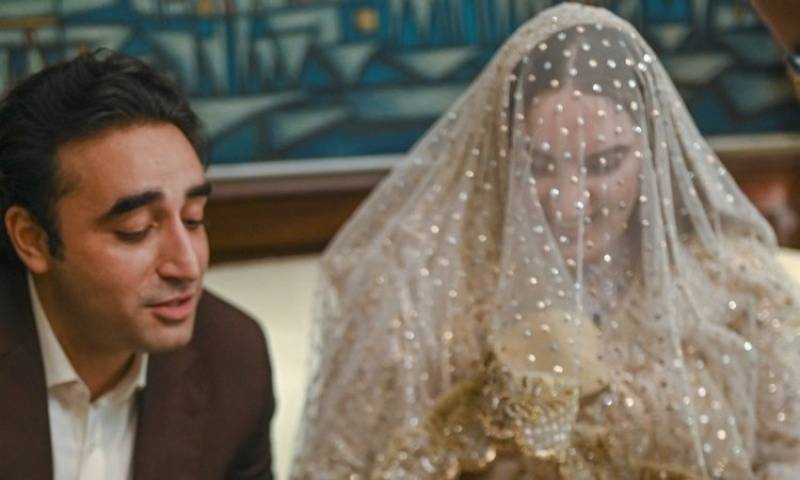 Even in this era of high inflation and low economy, PPP Chairman Bilawal Bhutto's marriage is one of the many things that Pakistanis are eager to know about.

And apparently, Sindh Minister for Agriculture Manzoor Wassan has found the answer to this million-dollar question. On Wednesday, he predicted that Bilawal would tie the knot in 2022 or 2023.

"Bilawal will get married in 2022 or 2023 after he becomes the prime minister of Pakistan," Wassan told a press conference in Karachi. He said he did not see a bright future for Prime Minister Imran Khan.

"PM Imran Khan will not get to form a government now. He will become the Gorbachev [former Soviet Union president Mikhail Gorbachev] of Pakistan," Wasan said.

He said the premier wanted to run Sindh the way he runs the country.

Commenting on the return of PML-N patron Nawaz Sharif to Pakistan, Wasan said he did not see the leader returning before March 2022.

He said that Maulana Fazlur Rehman's party will not be as successful in the second phase of the Khyber Pakhtunkhwa local government elections as in the first phase.

Speaking about the shortage of fertilisers in the country, Wassan said that fertiliser manufacturing companies worked under the federal government.

"They are increasing the quota by putting pressure on the companies," he said, adding that checkposts were set up so that the fertiliser quota of Sindh would not exceed the limit.

He went on to say that the energy minister, Hammad Azhar, granted a smaller share to Sindh in order to keep lion's share for Punjab.

"The federal government wants to do injustice by creating a crisis in Sindh," Wassan said.

"Don't know what enmity PM Imran Khan has against Sindh that the province is not being given its share of fertiliser after wheat and sugar shortage," he said.

Harming Sindh is equal to harming the farmers, he added.