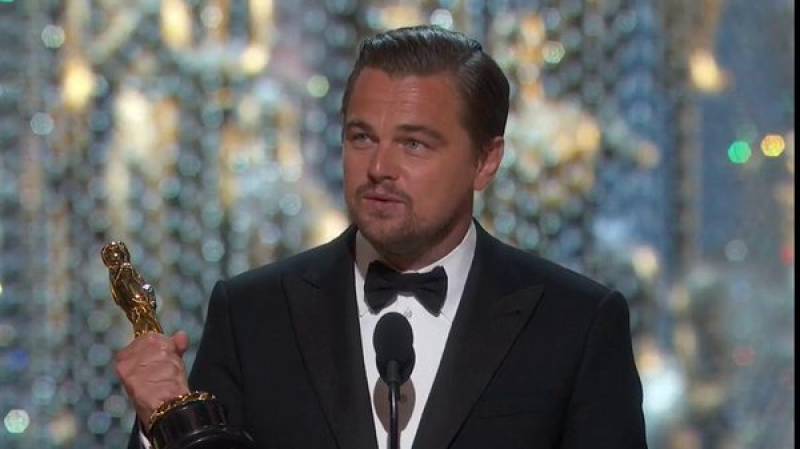 The academy award of the year for best actress was won by Brie Larson for her role in film "Room."

Alejandro G. Iñárritu was declared the best director of the year for his movie "The Revenant," which was based on the true story of 1823 legendary frontiersman Hugh Glass.

The film Mad Max: Fury Road remained on the top by winning most six academy awards out of total ten nominations. The Revenant had most 12 nominations this year but it could manage to win only three awards.

Pakistan's Sharmeen Obaid Chinoy won second oscar for her short documentary "A Girl in the River: The Price of Forgiveness" which is based on the true story of a honor killing survivor.

Full list of nominees and winners of the 88th academy awards:

"The Boy and the World"

"When Marnie Was There"

WINNER: "The Big Short," by Charles Randolph and Adam McKay

"The Martian," by Drew Goddard

"We Can’t Live without Cosmos"

"The Look of Silence"

WINNER: "A Girl in the River: The Price of Forgiveness"

"Chau, Beyond the Lines"

"Claude Lanzmann: Spectres of the Shoah"

"The 100-Year-Old Man Who Climbed out the Window and Disappeared," Love Larson and Eva von Bahr

"Everything Will Be Okay (Alles Wird Gut)"