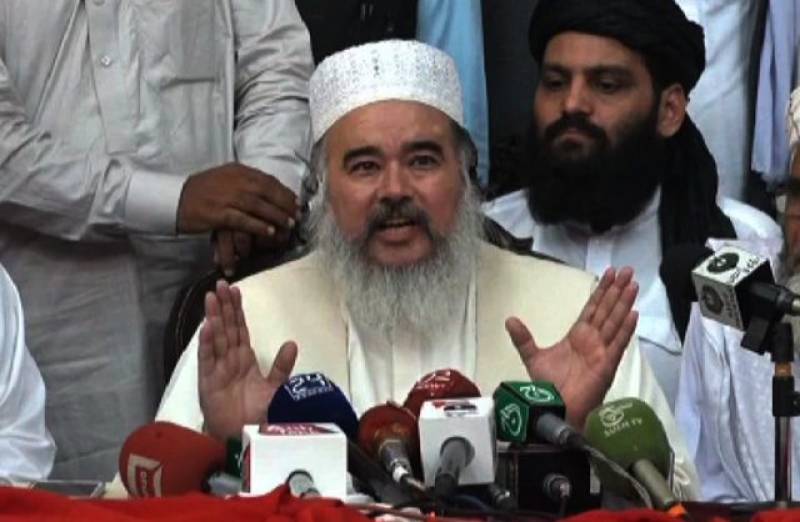 PESHAWAR - A colleague of Mufti Popalzai has accused the government of forcibly sending the religious cleric abroad to end the moon-sighting controversy this year.

Maulana Khairul Bashar, a senior member of Masjid Qasim Ali Khan’s moon-sighting committee claimed on Wednesday that Popalzai was sent to Dubai so that Eid is celebrated across the country the same day.

In a video clip shared on social media, Bashar claimed that  Mufti Popalzai was asked not to return before August 2 but he will try to come back as soon as possible.

"We condemn this act of the government. We will also file a complaint in this regard," the video quoted him as saying.

In a long video posted on social media that could stir controversy in future, Maulana Bashar went a mile more and claimed that he himself was barred from participating in the June 24 meeting of the moon-sighting committee.

He said that the government’s intentions became clear after it changed the venue for holding the meeting of the Central Ruet-e-Hilal Committee from Peshawar to Islamabad.

According to him, the central body had no legal status and it was unconstitutional.

“How can a committee, which is controversial and without any legal status, authentically announce the sighting of the moon,” he inquired.

Maulana Bashar condemned the incident and vowed to file a complaint against it adding that Masjid Qasim Ali Khan’s committee always announced moon sightings based on solid evidence and verifiable testimonies.

“It is an honour for us that people and religious scholars trust us … This is enough to verify our authenticity and legitimacy,” he said.

Minister of State for Religious Affairs Responds to Allegations

"These allegations are not authentic. People are just trying to defame the government and the Central Ruet-e-Hilal Committee. I do not know what is prompting them to spread such rumours he said.

Mufti Popalzai, who is known for announcing Eid a day before the other regions of the country went mysteriously missing on Saturday. While many feared that he might have been abducted, a social media post went viral suggesting that Popalzai went to Dubai.

Images showing the cleric on board an airplane and his ticket were shared on social media showing that he left for Dubai on June 22 and would return on August 2. 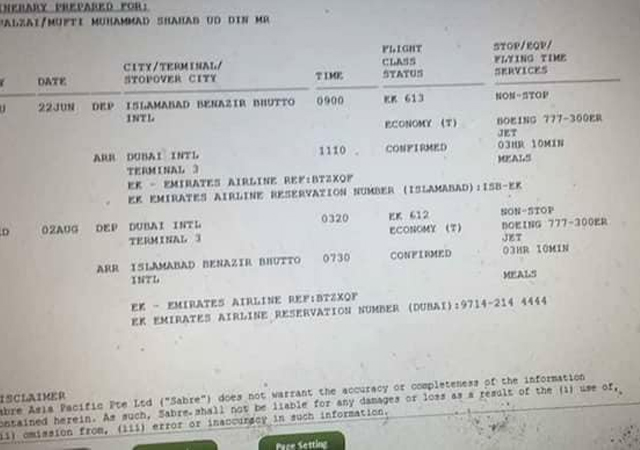 K-P government spokesperson Shah Farman said Popalzai had not been arrested by the provincial government in contrast to the rumours spread on social media and the cleric was “sitting in Dubai”.