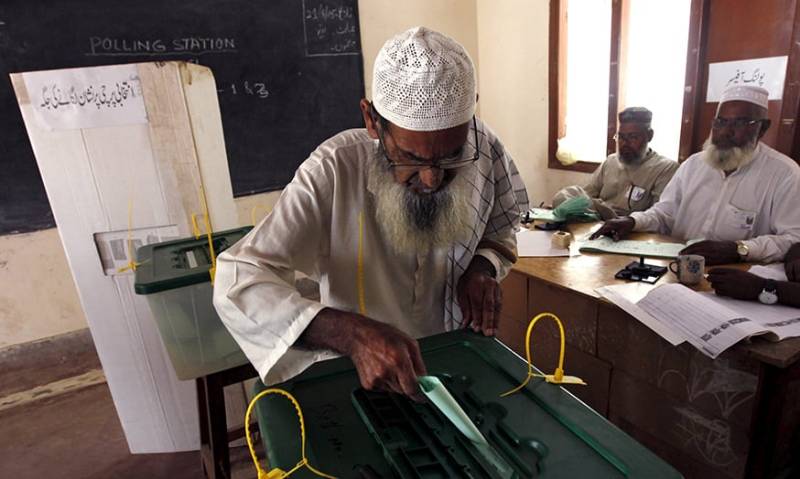 ISLAMABAD - The Election Commission of Pakistan (ECP) shared the details of registered voters and informed that overall ratio of eligible voters surged by 23 percent for upcoming polls 2018, as compared to the election 2013.

According to an official of ECP , the ratio of registered voters had witnessed an upward trend as the number of male voters increased by 21.87 percent while female voters ratio was evident with an increase of 24.29 percent.

Explaining the comparison with last years registered voters on Friday, the official told that as many as 105.955,409 million eligible voters would exercise their right to elect members of National and Provincial assemblies in the polls.

"Around 59.22 million male and 46.73 million female voters will cast their votes in the upcoming elections ", the source added.

Enlightening the province wise data, he said, in Punjab, total 60.67 million voters including 33.69 million male and 26.99 million female voters would cast their votes.

In Balochistan, a total of 4.29 million voters including 2.48 million male and 1.81 million female voters are registered voters with the ECP , he added.