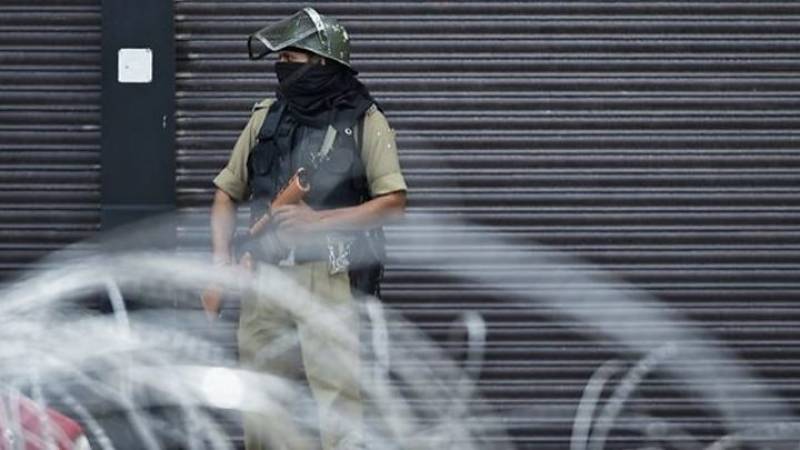 According to Kashmir Media Service, the young men were martyred during a cordon and search operation in Runipora area of the district of the occupied Himalayan valley.

The Indian authorities suspended mobile internet services and blocked all exit and entry points of the area.

Meanwhile, Tehreek-e-Hurriayt Jammu and Kashmir Chairman, Muhammad Ashraf Sehrai, in a statement issued in Srinagar has denounced the Indian government’s move to allow opening of liquor shops in the territory.

He said that the move to allow liquor shops is an open act of interference in the religion of Muslims.

He termed it another plot to target the Kashmiri youth to weaken them morally and keep them away from the resistance against the Indian illegal occupation.

He said after the passage of over 10 months, the Indian government had amended the domicile law for occupied Kashmir, adding that non-Kashmiris are being granted domicile certificates.

The senior APHC leader said that the move is aimed at changing the Muslim majority status of Kashmir into a minority.

The Tehreek-e-Hurriayt Chairman said that the Indian government had started the process to implement the new domicile policy and domicile certificates are being distributed among the non-locals in the territory.

Meanwhile, the Kashmir Chambers of Commerce and Industry in a statement issued in Srinagar criticized the Indian authorities for adopting a new policy with regard to mining saying it is against the interest of the Kashmiri people.

The KCCI said, recent bidding for mineral blocks in the Kashmir valley had clearly indicated that local stakeholders were sidelined.

A case under sedition charge has been registered against a prominent Kashmiri businessman, Mubeen Shah, for his posts on social networking site, Facebook.