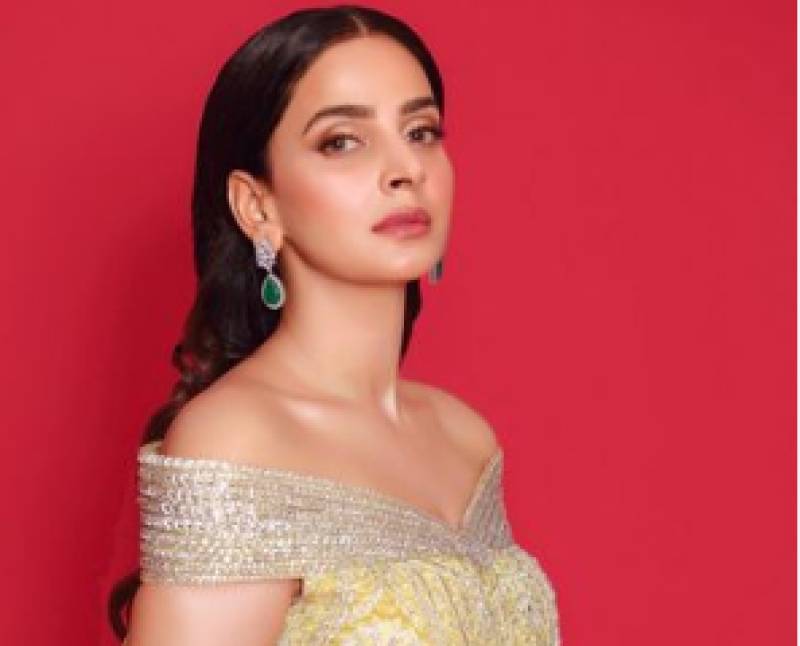 In the video, the Kamli star can be seen flaunting her killer dance moves while sitting next to senior actor Noman Ijaz. Both the stars were busy shooting their next project. The BTS video is making rounds on the internet.

Taking to Instagram, the star actress shared the video with a caption, “Mrs & Mr. Shameem.”

On the work front, Saba Qamar has gained widespread applause after her impeccable acting in the films Ghabrana Nahi Hai and Kamli. She was also praised for her current drama Fraud.

Lollywood diva Saba Qamar is a talent powerhouse that people love to see onscreen and on social media – be it in ...