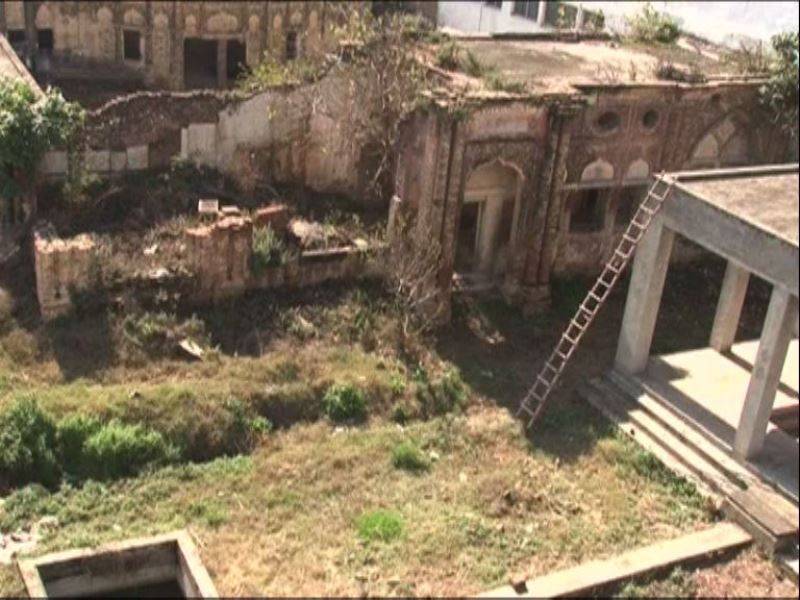 RAWALPINDI – A group of unidentified men attempted to vandalise a Hindu temple on Sunday night at the Purana Qila area of Rawalpindi.

According to the official complaint, 10 to 15 people stormed the temple at 7.30 pm on Sunday and damaged the main entrance along with side doors and the staircase.

According to the police, the encroachment mafia had earlier illegally occupied the surroundings by making shops on the temple land.

An assistant security officer of the Evacuee Trust Property Board, Syed Raza Abbas Zaidi approached the local police and mentioned that a mob tried to set the temple on fire. A case has been lodged under sections 147, 149, and 295 of the Pakistan Penal Code for rioting and defiling worship place.

The complainant further requested the law enforcers to provide security outside the temple although no arrests have been made yet. The police added that they are conducting raids to arrest the culprits.

Last year in December, a historic temple was set ablaze in Khyber Pakhtunkhwa’s Karak. The attackers surrounded and vandalised the temple.