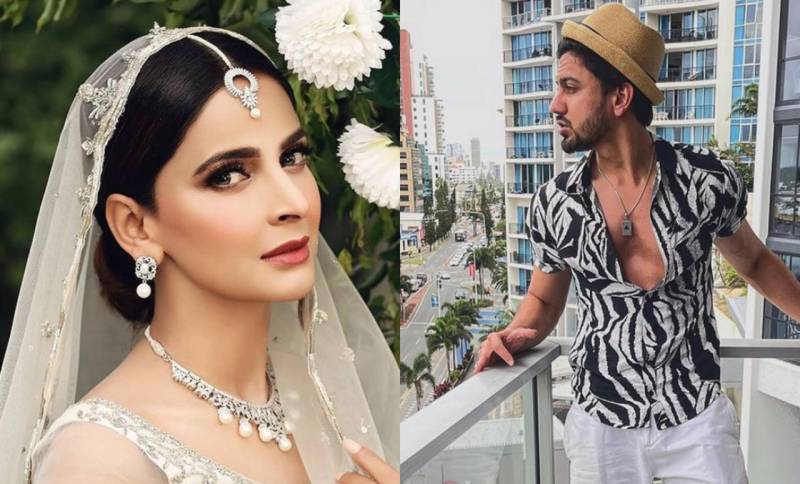 Superstar Saba Qamar has come forward to support her beau, amid the scandal involving Azeem Khan's history of problematic behaviour.

Leaving social media into a frenzy after accepting a marriage proposal on Instagram, Qamar and Khan's dynamic was adored by everyone but amongst all the best wishes pouring in, some shocking allegations came to light.

Azeem was accused of sexual harassment by a woman where the accuser penned a letter for the Hindi Medium actor and wrote: “I am one of those women he needlessly dragged all across social media. For what? A few likes and views?”

Even though Khan didn’t directly address the accuser, he did provide some clarification on social media.

Further, Azeem shared that they both do not care about each other’s past. Next, he urged the accusers to file a report against him and post that report on social media if they wanted to hear back.

“I don’t care about Saba’s past, she doesn’t care about my past, the thing which matters us is our future. Trust me we don’t care what people are saying. You are putting an effort which will not led you to any point. I hope that people will understand what I said and they will not waste their time now in spreading false news," he continued.

KARACHI – A woman who came up with harassment allegations against the beau of Pakistani actress Saba Qamar has a ...