Captain Safdar claims being pressurized to turn approver against Sharifs 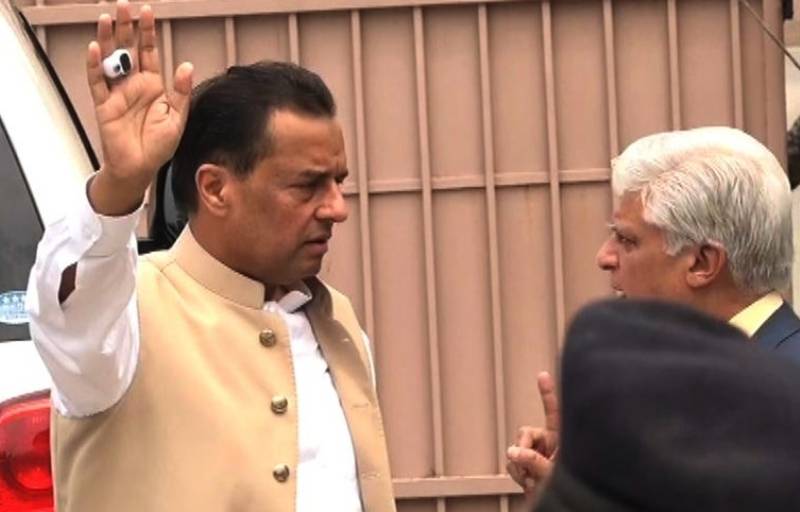 Captain (r) Safdar, the husband of Maryam Nawaz dropped a bombshell as he started recording his statement in the Avenfield reference before the accountability court on Tuesday.

Safdar, who is co-accused in the reference pertaining to the upscale London flats of embattled Sharif family, testified before the Judge Muhammad basher that he was compelled to turn approver through tough questions.

The son-in-law of former premier Nawaz Sharif stated that I was treated as a war prisoner by the six-member Joint Investigation Team (JIT) that probed the wheeling and dealing of Sharif family, on the directives of the Supreme Court.

‘The self-made JIT’s report is irrelevant in this case,’ stated Safdar.

The counsel for Safdar also advised him not to indulge in unnecessary conversation with the prosecution team and go ahead with his testimony.

Captain Safdar claimed that he had no association whatsoever with Avenfield properties or Hudaibiya paper Mills adding that the verdict handed down by Queen’s bench London did not pertain to him.

To a question regarding the speech of former prime minister Nawaz Sharif, made on the floor of the house, Safdar replied that he did not remember the contents of the said speech.

‘I hardly rectify the contents of my speech,’ claimed Capt (r) Safdar.

Regarding the sale proceeds of Gulf Steel Mills, the co-accused responded that the issue dates to the time when he had not married Maryam Nawaz.

He confirmed that his signatures on the declaration of Coomber group had already been verified by him.

“Maryam Nawaz was made a trustee in the group; I approved the agreement as a witness,” observed Captain (r) Safdar but added that he had no connection with the trust deeds of Neilson and Nescoll.

He also expressed suspicions over the trust deeds and claimed that the JIT did not seal those when Maryam Nawaz appeared before it.

Captain (r) Safdar also detached himself from the communication between Samba group and Minerva, that dates back to 2005.

The lawmaker claimed that he had no connection with the agreement between Altaufeeq trust and Hudaibiya paper Mills.

After answering 80 questions, Captain (r) Safar finished his testimony for the day, which would resume tomorrow (Wednesday).

In an informal discussion with newsmen, the legislator expressed that Nawaz Sharif needs Maryam Nawaz more than him, so she accompanied her father to the Punjab House.