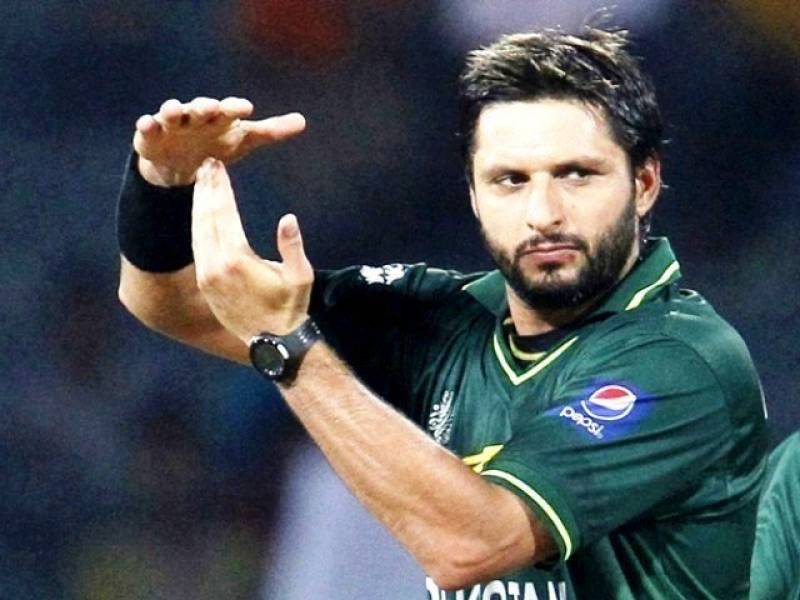 LONDON - Pakistan's star all rounder Shahid Afridi will lead the ICC World XI side against West Indies in the one-off T20I at Lord's on May 31 after England's limited-overs skipper Eoin Morgan pulled out of the contest due to fractured finger.

Morgan's national teammate Sam Billings will replace him in the squad.

The fixture will be played on May 31 at Lord’s. The match is being organized to raise funds for stadia in the Caribbean that were badly damaged following Hurricanes Irma and Maria last year, the International Cricket Council (ICC) said in a statement.

Honoured to be back at @HomeOfCricket again as part of @ICCWorldXI. Will be a great game against @westindies on May31 to raise funds for restoration of hurricane damaged grounds in Caribbean. Come and support#CricketRelief : : https://t.co/8NGMf6ZqpK

Earlier, allrounder Shahid Afridi confirmed that he would be playing a T20 international for ICC World XI against the West Indies. Afridi confirmed it via Twitter saying, “I feel strongly to support this as a cricketer & Muslim.”

KARACHI - Cricket star Shahid Afridi confirmed that he would be playing a T20 international for ICC World XI against ...