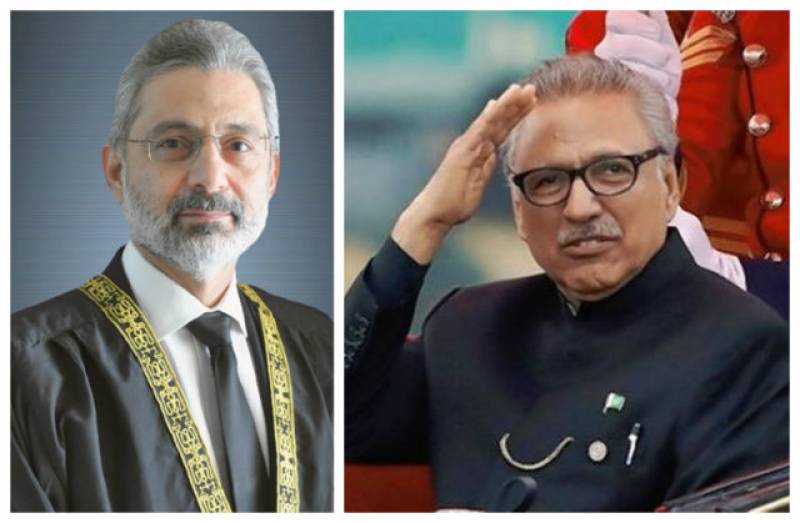 ISLAMABAD – A senior judge of the Supreme Court of Pakistan has written a letter to President Arif Alvi in order to confirm whether a reference has been filed against him over allegations of misconduct.

Isa, who is in line to eventually become the top judge in Pakistan, is a Justice of the Supreme Court of Pakistan since 5 September 2014. He is son of Qazi Muhammad Essa who was a close associate of Muhammad Ali Jinnah, the founding father of Pakistan.

In his letter, received by Presidency on Wednesday, Justice Isa has drawn Dr Alvi’s attention towards reports quoting government sources that a reference had been filed against him.

“I have come to learn through government sources that the President House has sent a reference against me to the Supreme Judicial Council under Article 209 of the Constitution. I will be obliged if you (the president) could let me know whether this is correct and if it is, then provide me with a copy of the alleged reference.”

The Supreme Judicial Council of Pakistan is a body of judges empowered under Article 209 of the constitution of Pakistan to hear cases of misconduct against judges.

“I am confident that you will agree that if a reference has been filed and I have been called upon to submit a reply, only then to the permission of the Supreme Judicial Council, the government may disclose the reference and my response thereto,” he further wrote.

The SC judge also went on to add that “selective leaks amount to character assassination” jeopardise his right to due process and fair trial, and undermines the institution of the judiciary.

The unprecedented move by Justice Isa follows the reports that the government has filed references against two superior courts judges who hold foreign property either in their own names or through their spouses.

Copies of the letter have also been sent to the prime minister and the Supreme Court as well, the reports added.

Meanwhile, the Express Tribune quoted an official in the Ministry of Law as saying that the reference was prepared within the ministry. The services of a former Supreme Court judge – who had taken oath under the 2007 Provisional Constitution Order (PCO) — were hired to file the reference.

The ministry sent the reference to the SJC last week. However, there is no official confirmation by the council, which is the supreme body that decides cases against judges of superior courts.