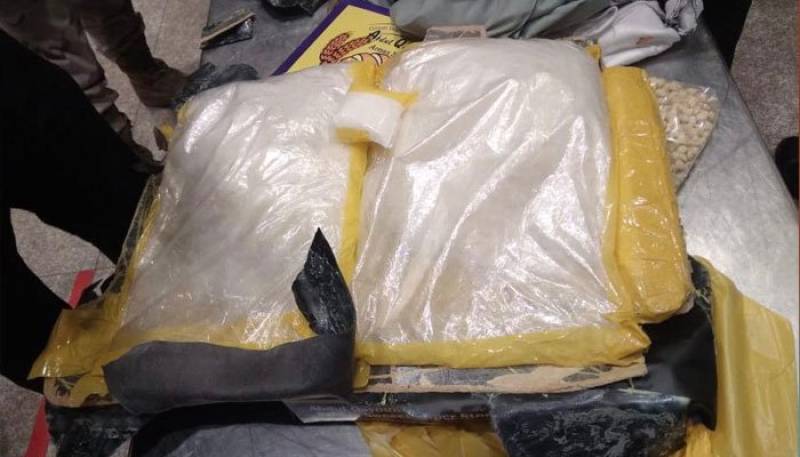 ISLAMABAD – The Airport Security Force (ASF) Monday foiled a major bid to smuggle heroin worth millions of rupees at the airport in the federal capital.

ASF officials examined the luggage of a passenger named Jahanzaib Khan at the Islamabad International Airoprt after it was found suspicious and recovered a highly addictive drug, which weighed 3.5kg. The value of the seized drugs has been estimated at Rs35 million.

Khan wanted to smuggle heroin to Abu Dhabi through a flight of Etihad Airlines.

The suspect has been handed over to Anti-Narcotics Force (ANF) for further legal action against him.

Back in 2019, a woman had been caught with 13.126kg of heroin by the ANF at the Islamabad International Airport.

The British national of Pakistani origin had been travelling to Vienna via Doha in a Qatar Airways flight.

The woman, identified by the ANF as Kaiser Younus, a native of Mirpur, had crossed the security, customs and ANF joint checking and was waiting in the passenger lounge when she was apprehended.

The suspect was stopped from boarding and asked for a baggage search. During the search, the ANF staff found heroin concealed in three suitcases worth £700,000 Class A drug.