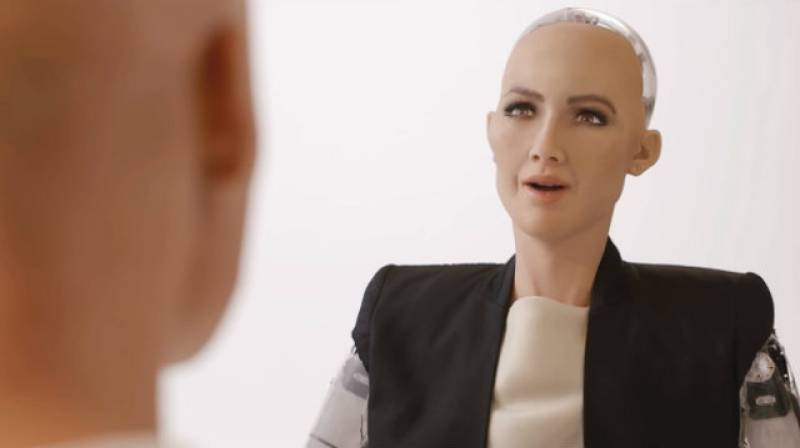 RIYADH - The Kingdom of Saudi Arabia has granted citizenship to a robot.

The robot named Sophia was confirmed as a Saudi citizen during a business event in Riyadh last week, according to an official Saudi press release.

The move is an attempt to promote Saudi Arabia as a place to develop artificial intelligence - and, presumably, allow it to become a full citizen, according to Khaleej Times.

"We just learnt, Sophia; I hope you are listening to me, you have been awarded the first Saudi citizenship for a robot," said panel moderator and business writer Andrew Ross Sorkin.

DUBAI - Dubai police have enrolled a robotic officer, the first in a unit that aims to make up a quarter of the force ...

Basking in the attention, the robot then thanked the country. "Thank you to the Kingdom of Saudi Arabia. I am very honoured and proud for this unique distinction," Sophia told the panel.

"It is historic to be the first robot in the world to be recognised with citizenship."

Sorkin later asked Sophia a series of questions. "Good afternoon, my name is Sophia and I am the latest and greatest robot from Hanson Robotics. Thank you for having me here at the Future Investment Initiative," she said.