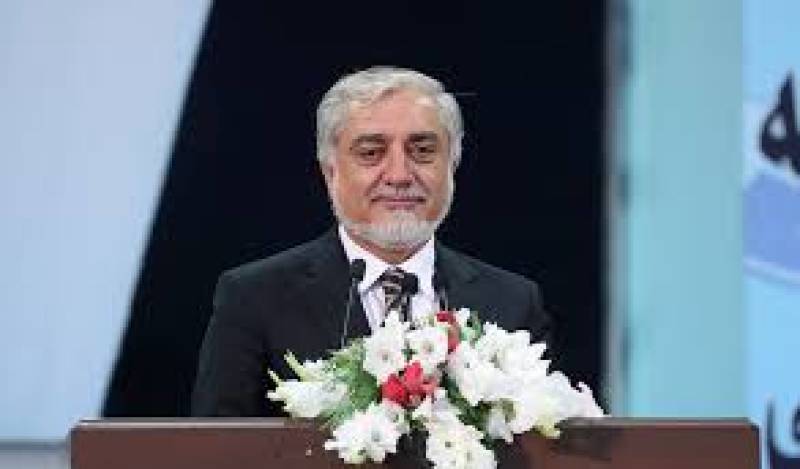 ISLAMABAD - Chairman of the High Council for National Reconciliation of Afghanistan Dr Abdullah Abdullah has termed Pakistan’s role as vital in facilitating the Afghan peace process.

While addressing a conference at Institute of Strategic Studies in Islamabad today (Tuesday), he said that both Pakistan and Afghanistan have paid a heavy price by facing various terror groups that are still acting as spoilers, adding that we need to cooperate against such elements.

Abdullah Abdullah said his country will not allow any terror entity to pose a threat to any other nation.

He said that the start of negotiations between Afghan government and the Taliban is an important opportunity and offer the best hope to put the war behind us. He

Chairman of the High Council for National Reconciliation of Afghanistan said that we have asked our negotiating team to be patient and be ready to make compromises.

Abdullah Abdullah also thanked Pakistan for hosting millions of Afghan refugees saying we share the idea of their dignified return.

Abdullah Abdullah said Pakistan and Afghanistan are facing a serious of common threats and challenges including various shades of terrorism, extremism, intolerance and more recently Covid-19.

He said there is a huge untapped security, political, economic potential for cooperation between the two countries and stressed to enhance interaction to counter the common challenges faced by the two countries.