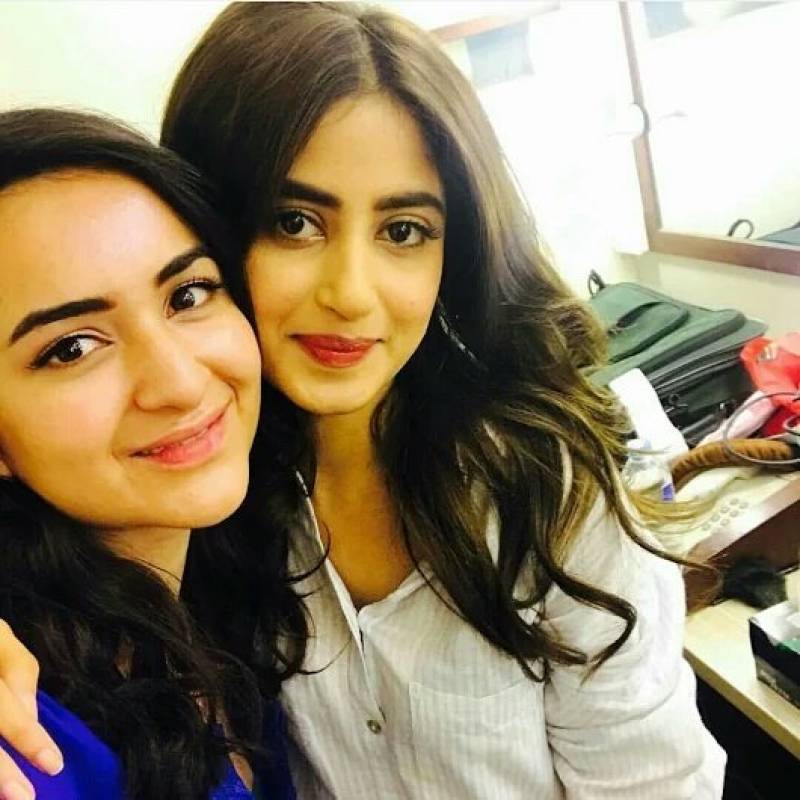 Two most talented and beautiful actresses of the Pakistani television industry, Yumna Zaidi and Sajal Aly, are going to share screen soon in an upcoming project of Hum TV titled Ishqelaa.

Another good thing about this project is that Azaan Sami Khan, son of Adnan Sami Khan and Zeba Bakhtiyar, is all set to make his acting debut in this drama serial. Other cast includes Simi Raheal, Uzma Hassan and Sohail Sameer. The play is written by Qaisera Hayat and will be directed by Amin Iqbal.

Twenty-seven years old Sajal Aly is known for playing a variety of roles in a range of serials, from social to romantic dramas. The last drama Sajal Aly starred in was Yeh Dil Mera.

Yumna Zaidi is known for her roles in serials Khushi Ek Roag, Meri Dulari, Dil Muhallay Ki Haveli, Rishtay Kuch Adhooray Se, Mausam, Guzaarish and Zara Yaad Kar. Currently, she is starring in the drama serial Dil Na Umeed Toh Nahi, but it is not being telecast nowadays due to technical reasons. She has proved her mettle in the television industry and won seven Hum Award nominations so far.