Photo of desperate man selling pens in Lebanon's streets with daughter inspires internet to raise over $130,000 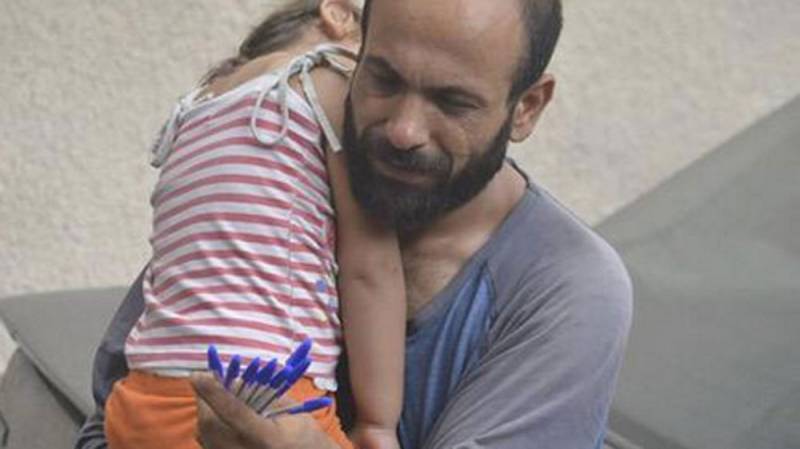 BEIRUT (Web Desk) - The picture of a Palestinian residing in refugee camp in Syria that went viral on social media has inspired online donations of $130,000 in last two days only.

The picture showed Palestinian father Abdul Halim Attar selling pens with his daughter sleeping hung over his shoulder in streets of Beirut.

An Icelandic journalist Gissur Simonarson has launched an online fundraising campaign "Help Abdul and Reem start a new life" after he succeeded to find the family after two days of struggle.

The campaign's stated goal was set $5,000 but donations have crossed $130,000 in just 48 hours and fundraiser's momentum does not appear to be losing ground as donations continue to pour in.

Simonarson has tweeted that Attar "wants to help other Syrian refugees" with the donations, "as well as send his children to school".

Finally found him =) Been a lot of work, but it was worth it! Now lets help them! https://t.co/Fcg59KTbbh pic.twitter.com/SjIDmytCeG

The father of two is just one of hundreds of thousands of refugees from Syria who are struggling to survive in Lebanon with little help from the Beirut government after fleeing the prolonged conflict at home.