World witnessed more than 200 severe floods per year this century 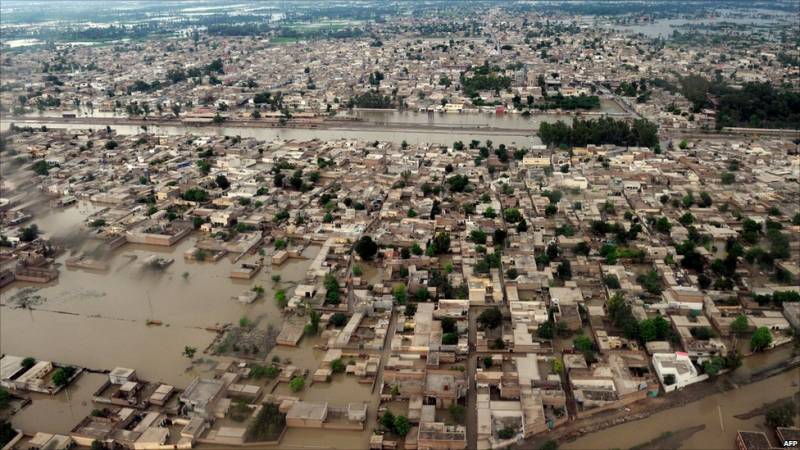 LONDON - A new research has outlined the escalating global economic cost of severe flooding and the subsequent surge in related death tolls and population displacement figures.

The Oxford Economics research, commissioned by the Global Resilience Partnership (GRP), who work with millions of people in the Sahel, Horn of Africa and South and Southeast Asia to prepare for unexpected shocks and adapt to chronic stresses, reveals the rate of severe flooding has increased dramatically during the past 30 years.

Severe flooding incidents, defined by the International Disasters Database as floods where 10 or more people were killed, 100 were affected, a state of emergency was declared or a call for international assistance was issued, have increased from an average of 83 per year in the 1980s, to 126 per year in 1990s, to more than 200 per year this century - more than one every other day.

Data analysis of global flooding patterns over the past five years reveals severe flooding was not just an issue faced by developing nations, with 139 countries (72% of the globe) impacted during that period.

Between 2011 and 2015 more than 420 million people, greater than the population of South America, were affected by flooding. More than 60,000 people lost their lives, equivalent to 33 a day. In the same period, epidemics and earthquakes killed less than 20,000 each.

A further 4.3 million people were left homeless, more than the entire population of Croatia.

Flooding also left a huge and rising financial toll. Between 2011 and 2015 flooding caused US$596 billion of direct damage - roughly equivalent to the GDP of Argentina. On average during that period the annual cost of flooding was US$119 billion, equivalent to a staggering US$326 million per day or US$13 million per hour.

This economic impact has increased dramatically in a short period of time. The research shows that adjusted for inflation, flooding caused an average of US$33 billion of damage a year in the 1980s and US$63 billion in the 1990s.

Aid and development spending has traditionally prioritised disaster relief over building preparedness, providing support to communities after flooding has occurred.

Roughly 87 percent of aid spending is spent on emergency response, reconstruction and rehabilitation efforts. Only 13 percent is used to reduce and manage the risks before they became disasters.

In light of these figures, experts warn that a new approach is needed if we are to buck the trend and spiralling impacts of severe flooding.