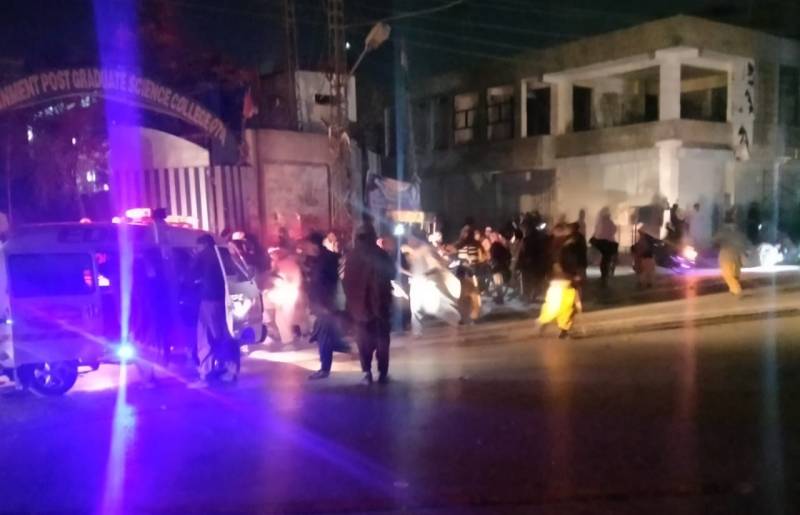 QUETTA – Two more victims of powerful explosion that rocked the Balochistan province a day earlier succumbed to their injuries, taking death toll to six on Friday.

Police said that a remotely-controlled explosive device was planted on a pole to target a religious ceremony, the Shuhda-e-Islam Conference, organized by the Jamiyat Ulma-e-Islam Nazaryati (JUI-N) in Quetta.

The blast occurred Jinnah Road, one of the busiest in the provincial capital, near the Government Science College.

Deputy Inspector General (DIG) Quetta Fida Hassan told media that the workers of the party were coming out of the conference hall when the device was triggered. More than a dozen people were injured in the incident.

He said that approximately two kg of explosive material was used in the blast.

Injured people were shifted to the Civil Hospital where doctors declared emergency.

Federal Minister for Interior, Sheikh Rasheed Ahmed, has condemned the attack and said the blast would be thoroughly investigated.