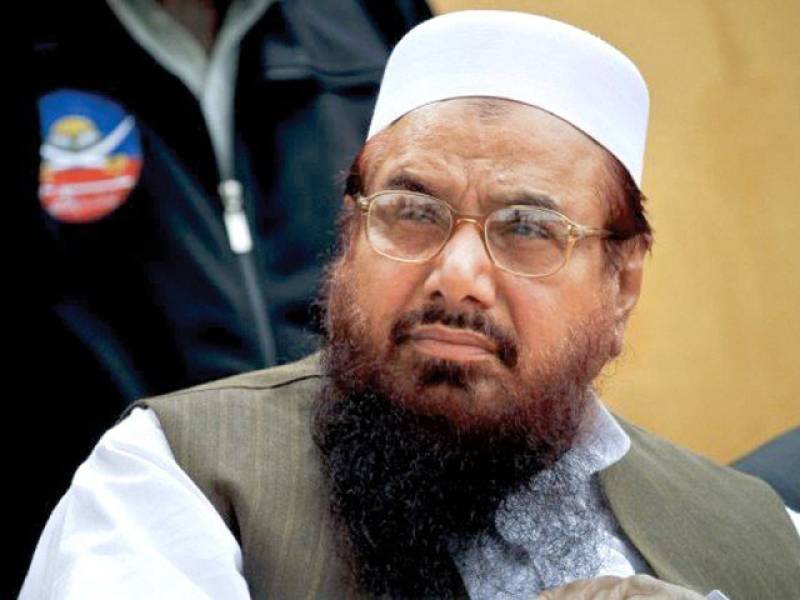 LAHORE - Jamat-ud-Dawa chief Hafiz Saeed and four others on Monday have been placed under house arrest by the Punjab Home Department.

Saeed has been put under arrest at Jamia Qadsia, headquarter of the organisation, whlile  Abdullah Ubbaid, Zafar Iqbal, Abdul Rehman Abid and Qazi Kashif Niaz have also been put under house arrest.

The action followed the statement of Interior Minister Chaudhry Nisar Ali Khan in which he stated the activities of Jamaat-ud-Dawa have been observing since 2011 and details over possible action against it would be made public tomorrow.

Nisar added that Jamaat-ud-Dawa has been declared as banned outfit in resolution of Security Council of the United Nations (UN) and every state is required to take action. He added that Pakistan was going to take an action against the group now which was pending.