BISHKEK - A picture of the Kyrgyz president's youngest daughter feeding her baby dressed in her underwear has sparked a debate about breastfeeding and sexualisation.

Aliya Shagieva posted the photo on social media back in April with the caption: 'I will feed my child whenever and wherever he needs to be fed.'

She took the post down after being accused of immoral behaviour, but in an exclusive interview with the BBC she said the row was a result of a culture which hyper-sexualised the female form. 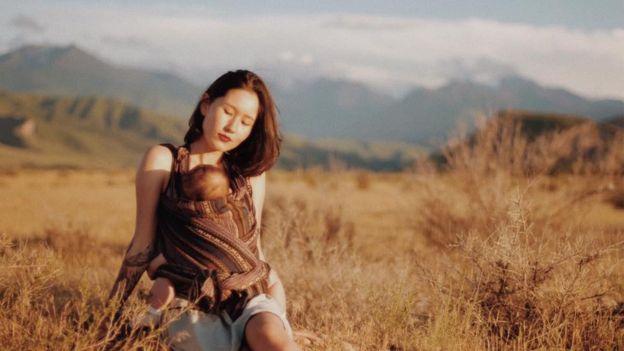 "This body I've been given is not vulgar. It is functional, its purpose is to fulfil the physiological needs of my baby, not to be sexualised," she told BBC Kyrgyz.

It wasn't only some social media users who disapproved. Her parents, President Almazbek Atambayev and his wife Raisa, were also unhappy.

"They really didn't like it. And it is understandable because the younger generation is less conservative than their parents," Ms Shagieva said, speaking at her home on the outskirts of the Kyrgyz capital, Bishkek. 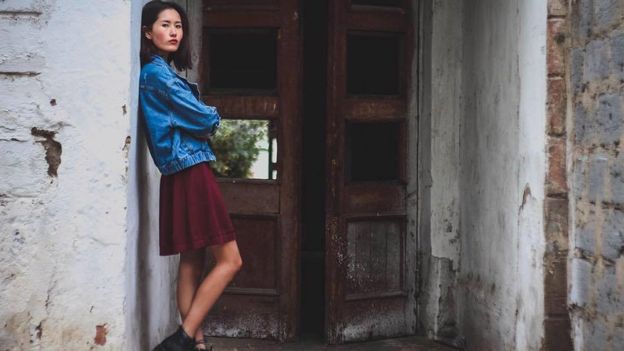 Ms Shagieva posts actively on social media, including her own artwork and carefully stylized portraits of herself and her husband and baby, often set against the backdrop of wide open landscapes.

Kyrgyzstan is a mainly Muslim ex-Soviet republic. It is socially conservative but breast feeding in public is acceptable.

Women are seen in parks and other public spaces feeding their babies, but they usually try and cover their breasts with a piece of clothing.

When Ms Shagieva's post first went online some social media users thought there was no need to post a picture of such an intimate moment; others denounced her for not being modest enough.

And her breastfeeding photos attracted attention well beyond Kyrgyzstan - they were republished by newspapers and websites as far away as Europe. Many took to social media to praise her for breaking taboos surrounding women's bodies.