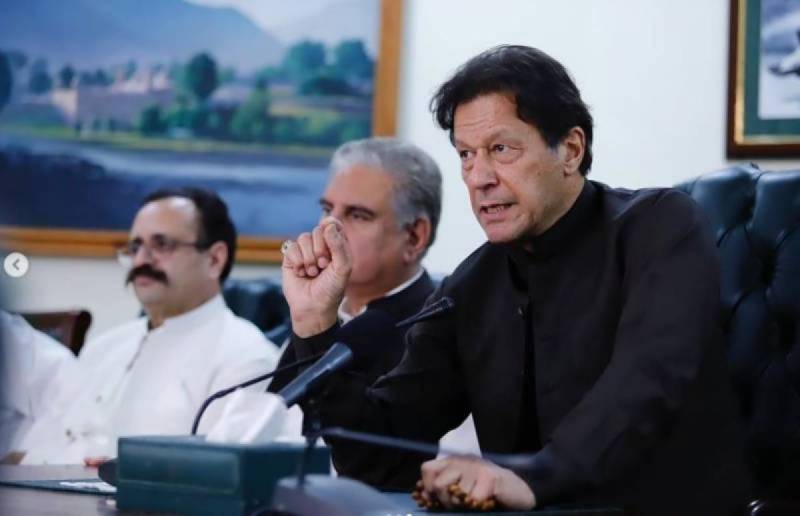 ISLAMABAD – Pakistan’s former ruling Pakistan Tehreek-e-Insaf has decided to file a ‘judicial reference’ against Chief Election Commissioner (CEC) Sikander Sultan Raja and other members of the Election Commission of Pakistan (ECP) for ‘violating code of conduct’.

PTI leadership met under the chairmanship of Imran Khan and expressed their concerns over the meeting between members of the Election Commission of Pakistan (ECP) and a government delegation.

PTI chief reportedly directed his legal team to initiate the process of filing the reference against the Chief Election Commissioner and ECP members for meeting a delegation of the ruling alliance and discussing the prohibited funding case with them.

PTI leader Fawad Chaudhry said a meeting was held between the top electoral watchdog members and the incumbent government while he termed it a ‘gross violation of electoral rules’.

Senior PTI leader, who is also a law expert, was referring to the meeting between the ECP and a delegation of Pakistan Democratic Movement (PDM), PPP and Muttahida Qaumi Movement-Pakistan in which the politicians urged the ECP to release the verdict in the prohibited funding case.

The report said the founder of the Dubai-based Abraaj Group, Arif Naqvi, held a cricket tournament at Wootton Place, with guests asked to pay between £2,000 and £2,500 each.

The case, previously known as the foreign funding case, was filed by Akbar S. Babar and has been pending since Nov 14, 2014.

Prime Minister Shehbaz Sharif lately urged the ECP to announce its judgment in the PTI foreign funding case, saying Imran Khan has been given a free pass despite his repeated and shameless attacks on the state institutions.

ISLAMABAD – The Election Commission of Pakistan has reserved its verdict in the foreign funding case against the ...