SC suspends all rulings on prisoners’ release over COVID-19 outbreak 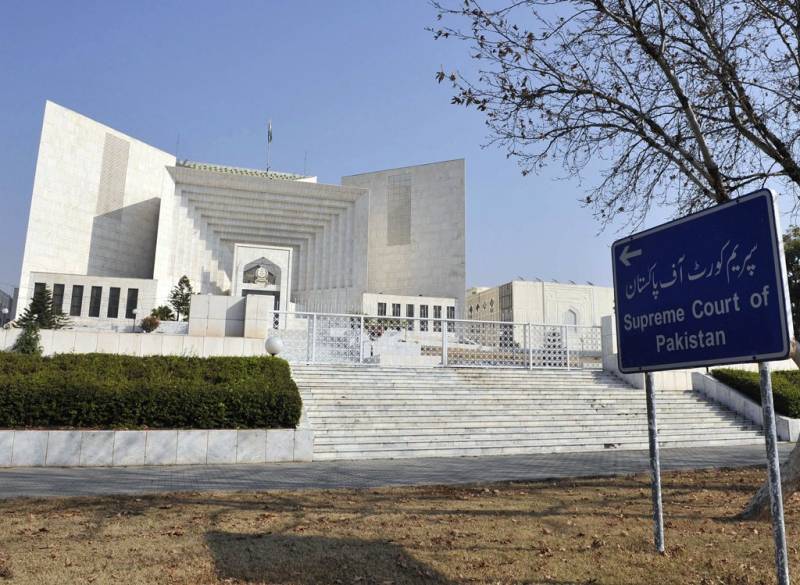 ISLAMABAD - The Supreme Court on Monday suspends all verdicts announced by the high courts regarding the release of prisoners to prevent spread of coronavirus infection in jails.

A bench headed by Chief Justice Gulzar Ahmad and comprising Justice Qazi Amin and Justice Sajjad Ali Shah was hearing a plea against the rulings.

The high courts had issued verdicts to release some prisoners from jails and the provincial governments had decided to free them.

However, the apex court has barred all federal and provincial governments from freeing the culprits.

The chief justice remarked that coronavirus was a matter of concern but prisoners involved in hardcore crimes could not be allowed to release.

He further questioned that the high courts have issued the orders under which authority, adding how they could take suo motu notices.

Prisoners involved in minor crimes should be released, he said, adding that there should not be created panic.

Justice Sajjad remarked that granting bails in this ways was against the basic rules required for the bail.

The apex court however ordered to release the inmates whose sentence is less than three months.

CJP Gulzar remarked, “We should not go beyond the authority in such situations”.