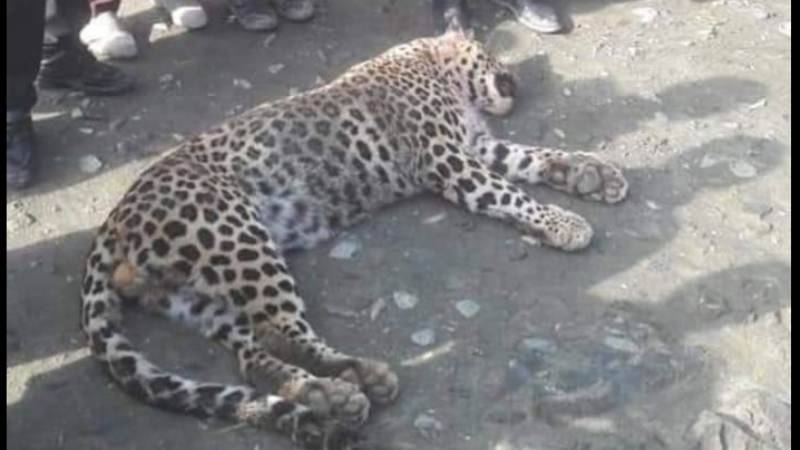 Locals killed a leopard in Abbotabat’s Circle Bakote area after it entered populated area, it emerged on Tuesday.

A video circulating on social media shows a group of people trying to hunting down the animal close to a ravine.

While attacking the stray leopard, a man fell into the ravine. At that time the animal also jumped down and attacked the person.

In order to protect the villager, another person came down and started hitting the animal with a wooden stick, leaving it dead on the spot.

Reports said that the injured man was taken to hospital for his treatment.