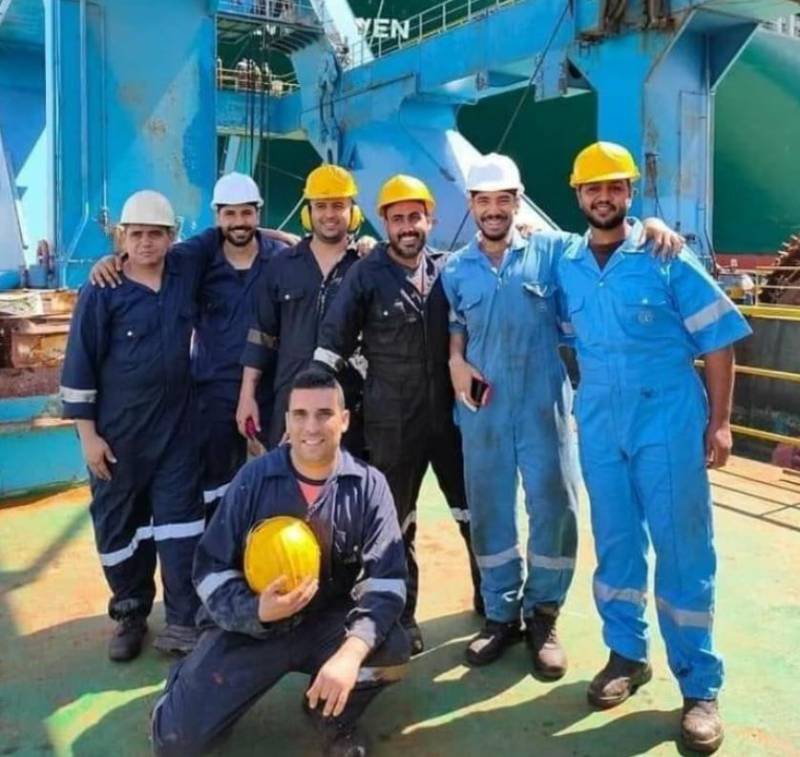 The Egyptian team that helped free a giant container ship nearly after a week in Suez Canal unblocking a key trade route is now talk of the town.

A video shows the jubilant salvage team celebrating the event on their tugboat after making the Ever Given on the move.

The crewmembers can be heard chanting, "Mashhour is No. 1!"

The Egyptian Team of the Tug boat “Mashhour” (pronounced mash- hoor) celebrates the success of freeing the #EverGiven After it got stuck in the Suez Canal.
They are chanting: Mashhour is number 1” pic.twitter.com/kZfFYvLP5f

The Mashhour is a dredger that worked around the vessel to move sand and dislodge the Ever Given after it crashed into a bank of the canal last Tuesday.

The video, which was shared by a user on Twitter, has received more than 33K likes so far.

The 1,300-foot, 220,000-ton container ship had been blocking traffic in the Suez Canal for nearly a week, causing losses of billions of dollars.

Salvage teams in Egypt have been working for day to reopen the narrow yet vital shipping route and they managed to break it free with the help by the peak of high tide. Now, it is making its way down the canal, show videos circulating on social media.

The Ever Given container ship has now arrived at the Great Bitter Lake, effectively clearing the Suez Canal. Video is from my colleague @S_Elwardany who’s on the ground | #SuezCrisis pic.twitter.com/WXNludpblO

A number of ships were struck on both sides of the canal, which connects the Mediterranean and Red seas providing the direct route between Asia and Europe, due to the blockage.

A flotilla of tugboats wrenched the boat’s bulbous bow from the canal’s sandy bank, where it had been firmly lodged for nearly a week, reported international media.

The blockage is estimated to be holding up goods around 9.6 billion USD per day in the canal that is almost 12 percent of the overall global trade.