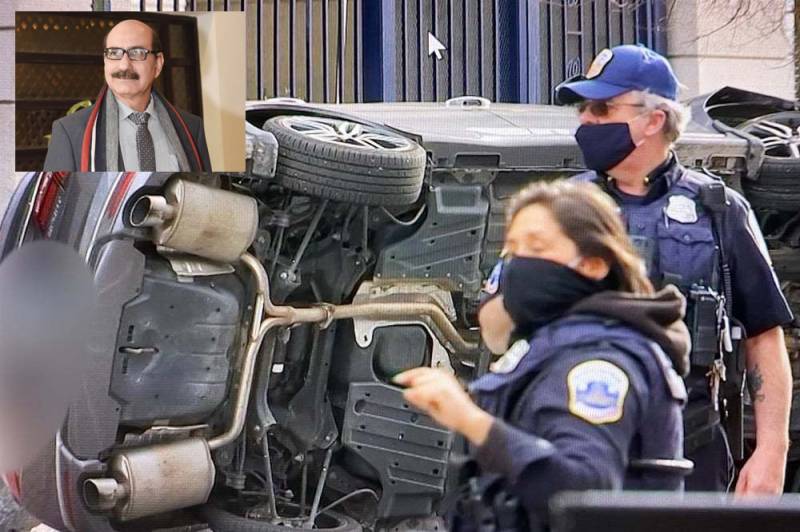 WASHINGTON – Two teenage girls have been charged for killing a Pakistani origin Uber eats driver, who has been killed in an alleged carjacking bid.

Disturbing footage of the incident shows the late driver, Anwar, attempting to recover his Honda accord as a suspect dragging him alongside and crushing him against a fence.

A video posted on Saturday showed the encounter unfolding in a minute and a half, ending with Anwar’s Honda Accord on its side, the girls climbing out and a fatally injured Anwar sprawled and motionless on the sidewalk.

Initially, the local law enforcers did not identify the young suspects. One of the suspects is from Columbia while the other hailed from Maryland. Both have been charged with murder and armed carjacking.

VICTORIA - In a dramatic turn of events, a policemen of Pakistani descent saved life of a suicidal man in Hong Kong by ...

The judge while hearing the case remarked that the two teens were a threat to the community and posed a flight risk so was detained until their next court appearance on 31 March.

Anwar, who lived in Virginia, was at his delivery job for an online food order when he got killed. He suffered numerous broken bones and severe head trauma to which he succumbed later.

The family of Anwar said ‘Anwar was a beloved husband, father, grandfather, uncle, and friend who always provided a smile when you needed one’ Adding that words cannot describe how our family is feeling currently. Devastation, confusion, shock, anger, heartache, and anguish are just a few that come to mind, the statement further added.

The niece of later Anwar has launched a fundraising campaign to help pay for a funeral for her uncle and as of Sunday, the GoFundMe had raised $430,000 after an early goal of $100,000.