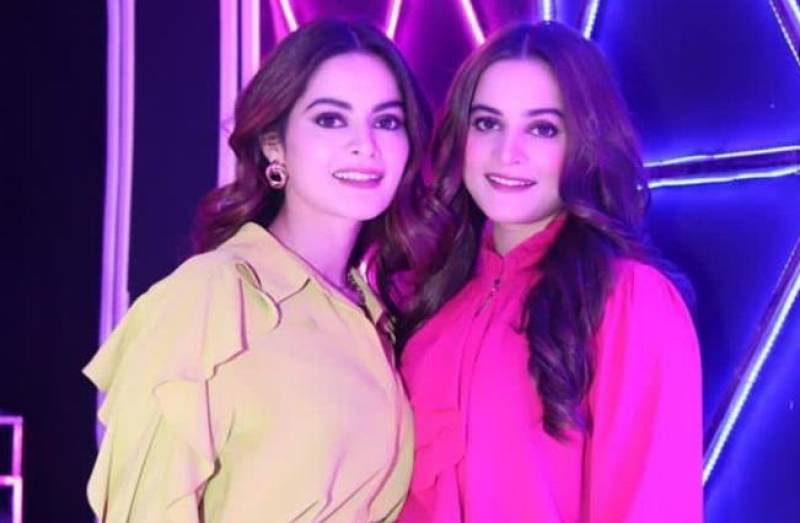 Minal Khan and Saboor Aly were spotted in the show “Time Out With Ahsan Khan” and the leading actresses ended up grabbing all the attention.

As the beautiful ladies sat down for a little chit chat with Khan, they did have some interesting revelation.

Minal Khan, who propelled to unprecedented fame with dramas like Jalan and Nand, shared an incident of sibling rivalry with her twin sister Aiman Khan.

While talking about the exemplary sister bond the Khan sister shares, the Hasad star said that they barely argue but when they fret on something, it is quite minute.

"Me and Aiman don’t fight a lot or argue with each other, but when we do there is a nonsense reason behind that fight that our families don’t take it seriously.”

Moreover, Saboor and Minal were also questioned about their on-screen portrayals of negative characters in Jalan and Fitrat. Further, the two stars were even dragged for wearing western dresses as the netizens believed that they were promoting a 'non-traditional' choice of attire.

Pakistani weddings are all about lavish decor and scrumptious food. But with a celebrity wedding across the block, ...