Pakistan can't progress until you pay due taxes, PM Imran to nation (VIDEO) 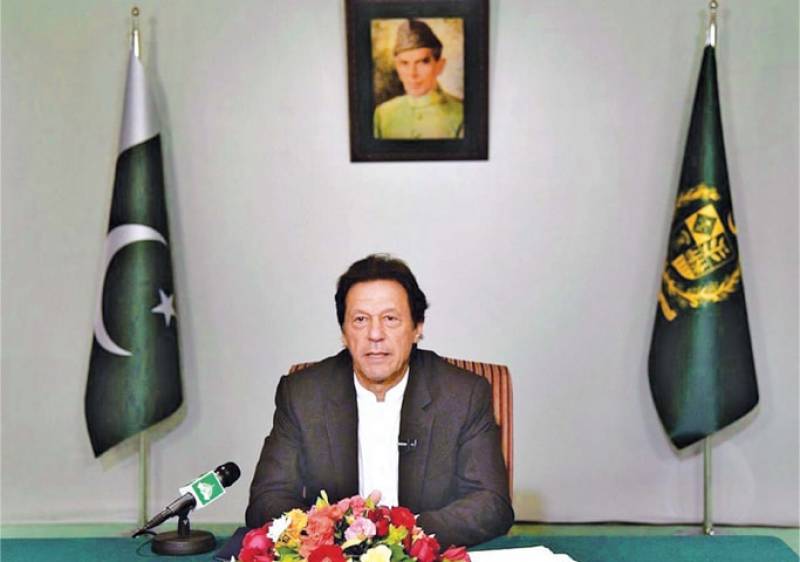 ISLAMABAD – Prime Minister Imran Khan has said the country will only progress when people give their due taxes.

In a message to the nation aired on Pakistan Television and Radio Pakistan Thursday night, Khan said only one percent tax filers exist in the population of 220 million which is a very small proportion. As people do no give taxes, government is not in a position to build hospitals, schools and other facilities for people.

The PM urged the non-tax filers to avail the asset declaration scheme introduced by the government, under which people can bring their undeclared assets into the mainstream which will help government collect taxes for public welfare.

He said the scheme will continue by 30th of next month and after that there will not be opportunity for any other amnesty.

#PMIKSpecialMessage: Prime minister assures that this money will not be stolen as he will himself look after it https://t.co/rU3ZyjVdep pic.twitter.com/zWpnYMbTJG

Imran Khan said the tax collecting agencies have already gained access to information regarding the undeclared assets of the people, and more information is also being received.

Tax money will be spent on Pakistanis and Pakistan

He assured that this money will not be stolen as he will himself look after it. He said people can also sleep with peace after declaring their undisclosed income. This step will also help government coming out of its difficult economic phase.