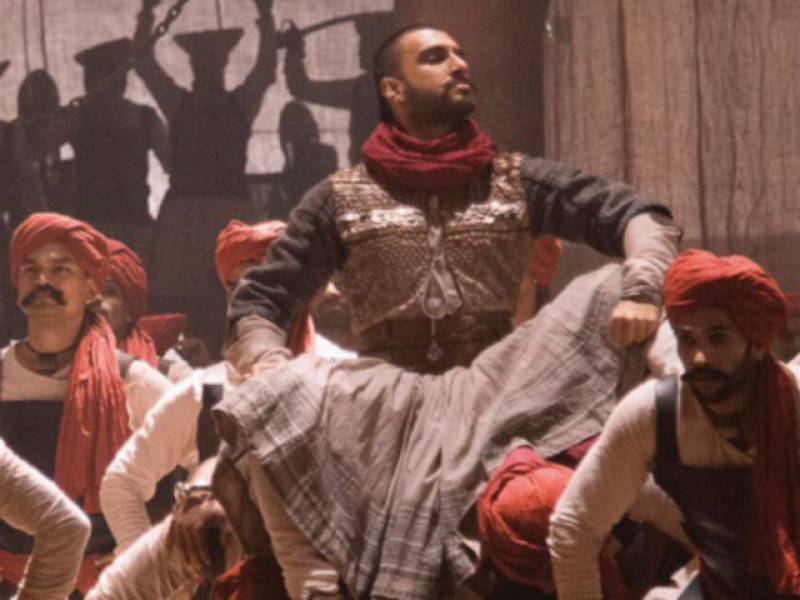 MUMBAI (Web Desk) - The makers of Bajirao Mastani have released a new song titled Malhari, which features Ranveer Singh, who is as impressive as he was in Tattad Tattad from Ram Leela.

In Malhari, Ranveer is filled with energy as he delivered a power packed dance performance along with his other warriors.

The song has been composed by Sanjay Leela Bhansali and has been sung by Vishal Dadlani, NDTV reported.

Bajirao Mastani casts Ranveer as the Maratha leader Peshwa Bajirao I, Deepika Padukone as his warrior queen Mastani and Priyanka Chopra as his first wife Kashibai.

The film is scheduled to release on December 18.