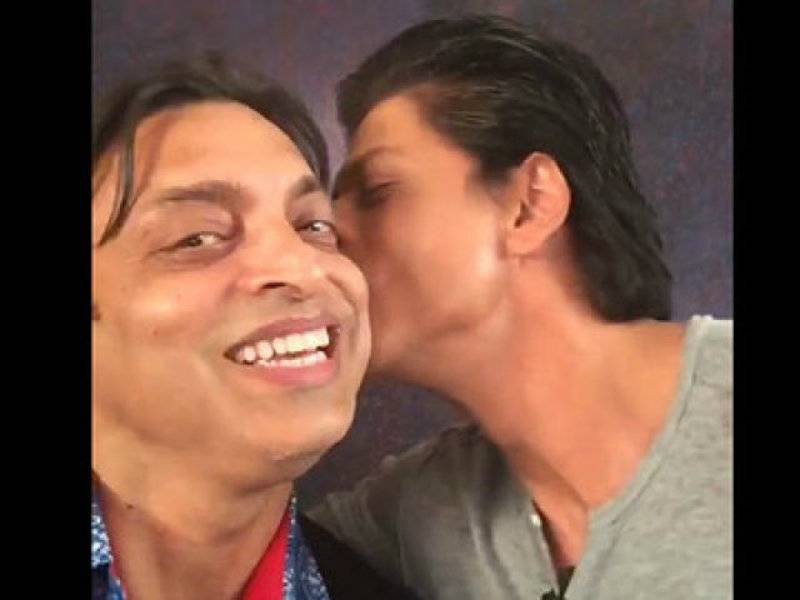 The ‘Rawalpindi Express’ in his candid style introduced Khan as his older brother before the star first appeared in the frame. Showing the friendship between the two stars, Khan planted a brotherly kiss on Akhtar’s cheek - after the younger brother asked for one.

Check out the video yourself...