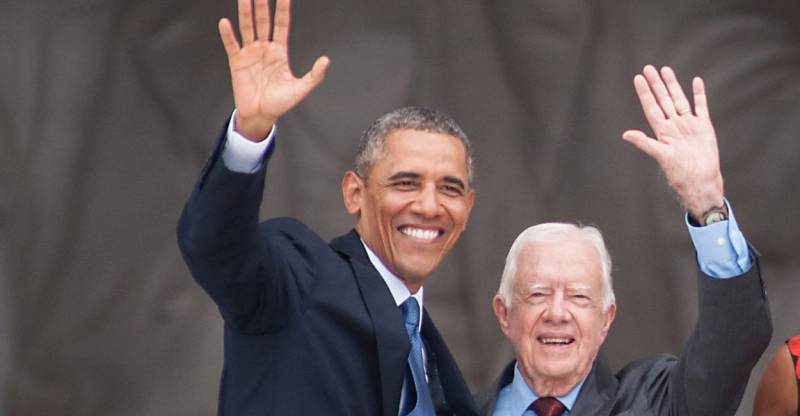 NEW YORK - Former US president Jimmy Carter stressed upon the outgoing President Barack Obama to take steps towards recognizing a Palestinian state before the arrival of Donald Trump in White House in January.

The 39th US president made the call in an article published on Monday in The New York Times under the title “America Must Recognize Palestine.”

This process, Carter claimed, will bring about “a one-state reality that could destroy Israeli democracy and will result in intensifying international condemnation of Israel.”

“We do not yet know the policy of the next administration towards Israel and Palestine, but we do know that the current administration is keen on achieving a two state solution,” Carter wrote.

Carter urged the US to push for a UN Security Council Resolution “laying out the parameters for resolving the conflict.”