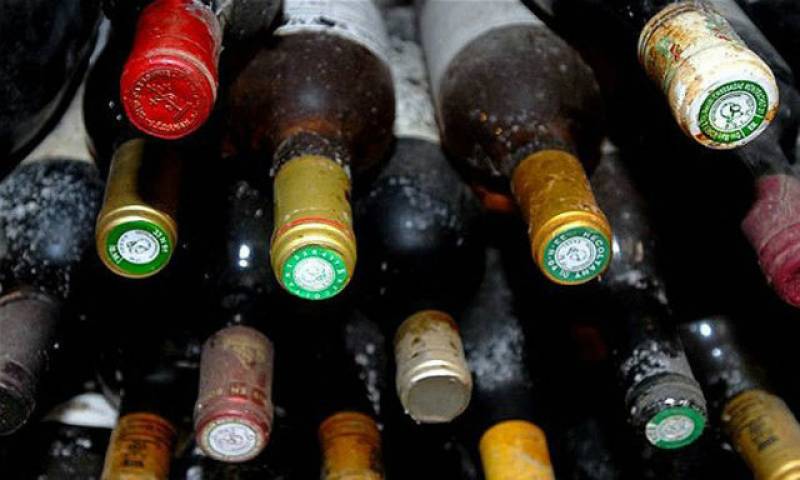 SAHIWAL - A Punjab Police officer faces action after he was caught deceiving a court by presenting bottles filled with coloured water instead of liquor on Thursday.

Shaukat Ali, a sub-inspector at Chichawatni City Police Station, appeared before Magistrate Rashid Shabir to obtain remand of a man accused of bootlegging 25 litres alcohol. The court ordered the police to also submit the seized bottles of liquor, for which Ali asked for an hour.

Interestingly, the bottles he presented before the court contained coloured water and no alcohol, inviting the magistrate’s wrath who not only ordered the district police officer, Sahiwal, to dismiss the cop but also launch a departmental inquiry.

The accused bootlegger walked free due to insufficient evidence.

“An inquiry has been initiated and the sub-inspector dismissed,” DPO Dr Atif Ikram confirmed to Daily Pakistan, adding that he will be awarded due punishment if proven guilty.

The sub-inspector, Shaukat Ali maintains his innocence, saying the bottles were mixed up in haste.

In the past, several police officers had been found directly involved in the sale of illegal liquor.

In all major cities of Pakistan, there are hundreds of “dens of drugs including liquor”, which are allegedly patronised by police officers.

Alcoholism is a growing problem in Pakistan despite it being illegal for the Muslim majority to drink.

The Islamic Republic was officially declared “dry” in 1977.

liquor is bought illicitly from bootleggers - or from the regular alcohol shops that are supposed to sell only to minorities holding permits but also sell illegally to large numbers of Muslims.

Pakistan even has its own breweries which officially produce only for non-Muslims - or for export.