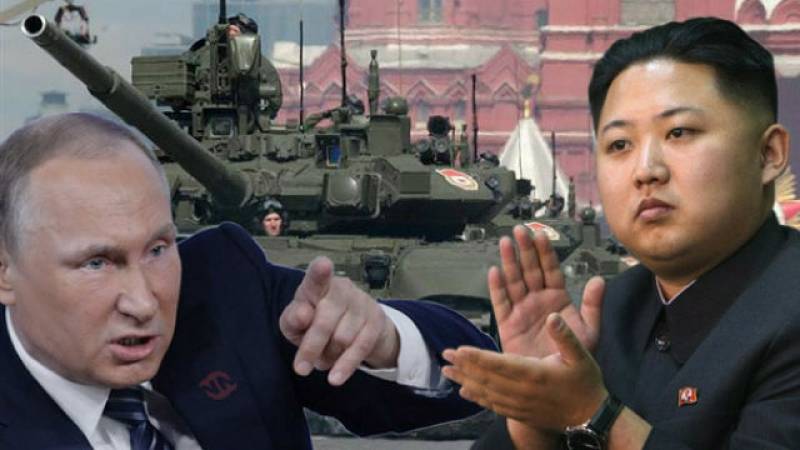 Russian naval infantry servicemen and the crews of Russia’s Pacific Fleet ships Admiral Nevelskoy and Peresvet, carried out a swift, amphibious charge on a beachhead in the Primorye region, Russia’s only one to border North Korea.

The cargo and staff boarded Admiral Nevelskoy at Desantnaya Bay and simulated the landing at the Klerk training range, both of which are in Primorye, Pacific Fleet spokesman Nikolay Voskresenskiy told state-run news agency RIA Novosti. Peresvet made its pickup elsewhere but also arrived in the area near Klerk. 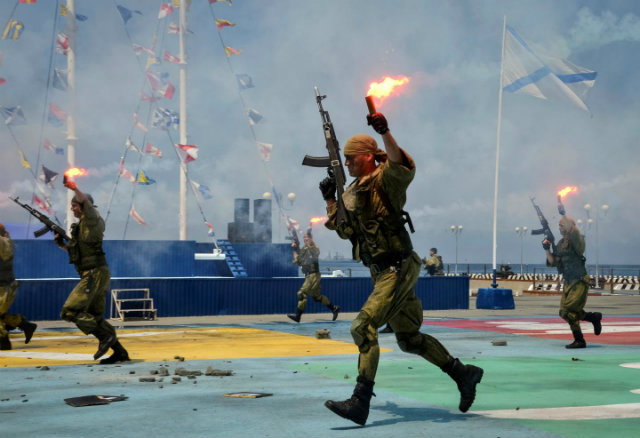 The drill comes a day before the Pacific Fleet kicks off a series of training exercises in Primorye and the far easter Kamchatka, involving around 1,000 troops and over 150 items of equipment. The drills will involve live fire exercises.

It is one of a series of recent drills in Primorye region over the last few months. Russia has effectively practiced bombing near the region, paratrooper landings, and other maneuvers since September. Each drill, declared separately from any previously announced war games, has come alongside escalating exchanges in the war of words between North Korea and the US.

Moscow opposes North Korea’s nuclear programme on principle and protested the regime’s latest missile launch. However, Russia has insisted that the US must shoulder part of the blame for stirring the North Korean regime into a frenzy and “provoking” further tests with its ongoing defense commitments to nearby Japan and South Korea.

After this week’s test by the North Korean regime, Pyongyang has declared it has the entire US mainland within its missile range, after a summer of testing warheads and rockets. The latest test, purportedly of the North’s new Hwasong 15 missile, was the first in two months.

Russia is one of the few states maintaining significant trade with North Korea, alongside China. India, the regime's second-largest trading partner in 2015, declared it was banning commerce with the regime last spring.