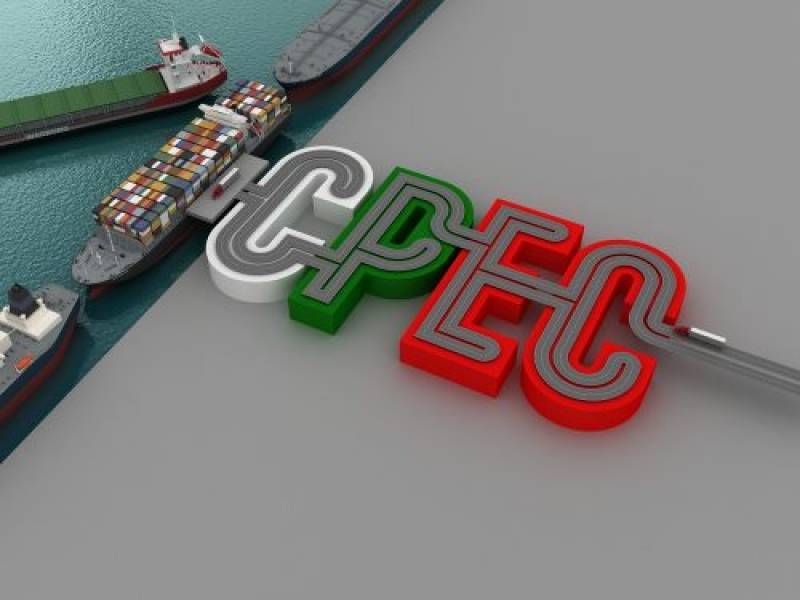 On Wednesday, November 22, 2017, Pakistani Prime Minister Shahid Khaqan Abbasi along with newly arrived Chinese ambassador Yao Jing, Balochistan’s Chief Minister Sanaullah Zehri as well as other high-ranking political leaders and officials performed the ground-breaking ceremony of East Bay Expressway in Gwadar with all the glitter and fanfare that has now become a trademark for projects related to China-Pakistan Economic Corridor (CPEC.)

Plane loads of ministers, officials, Chinese diplomats and other workers, and media-men had to be flown from the national and provincial capitals to Gwadar, touching the ground at the port city's old airport, or, rather, the airstrip masquerading as an airport. This was on the westernmost side of Pakistan’s 1000 kilometre long coast – Makran, precisely. The expressway beyond a doubt is one of the major transport-logistics components being pursued under CPEC.

Exactly a week later, the always-busy, go-getter but stop-gap premier was facing the TV cameras at Port Qasim – this time on the eastern end of the country’s coast closer to the environmentally vulnerable Indus delta – inaugurating yet another significant CPEC project, the unit I of coal-fired power plant (2x660=1320 MW.) The ‘famous’ Qatari prince flew in for the purpose and was present on the occasion, after having met Nawaz Sharif in Jati Umra. The prince’s company, Al-Mirqab Capital is a major stakeholder in the project.

Pakistan is now energy surplus, boasted the PML-N stalwart, who is tasked with making the nation believe that his party’s government has turned things around in case of the country’s economy – particularly so in case of doing away with crippling energy shortages – during its 2013-18 tenure.

He was by no means wrong. Pakistan now has been able to install capacity that exceeds existing demand, thanks to CPEC’s power-generation projects.

But another news on that very day (November 29, 2017) did not get the attention it deserved. It was that Pakistan had floated and issued dollar bonds worth $ 2.5 billion – meaning that the country’s economic managers acquired costly commercial loans of a huge sum – due to depleting foreign exchange reserves. This was the largest such bond offering or the largest such loan. Note the price of keeping the International Monetary Fund (IMF) at bay – it is not clear for how long – a politically correct approach but not necessarily so when it comes to desired approaches for managing an economy such as Pakistan.

So what is the connection between these two pieces of news?

CPEC indeed is one of the greatest opportunities with wide-ranging benefits and prospects attached to it, for Pakistan and its people. The flagship initiative of China’s mega Belt and Road strategy, CPEC may even be described as the single largest opening for the Pakistani economy in the seven decades old journey so far.

But Pakistan’s economy, economic opportunities and prospects do not end at the CPEC. Not at all.

Such has been the focus of PML-N led Pakistani government on CPEC over past four years or so period that several other important dimensions and aspects of the national economy, it seems, have not attracted due attention. And as the constitutional end of government’s tenure comes closer, and election season looms notwithstanding the legislative delays it may encounter, the desire in the power corridors to put more and more inauguration plaques on CPEC related projects seems to be intensifying. Inauguration of a section of Hazara Motorway is coming up next, soon. Again, a politically correct approach. Not necessarily so for strengthening economic fundamentals, though.

On the other hand, many of the critical economic and financial issues are crying for proper strategies and governmental attention. Debt burden is becoming unbearable; the external sector is in turmoil with exports failing to pick up meaningfully and current account deficit is ballooning. Agriculture, the backbone of the economy, is mired in several problems and controversies. Tackling the up and coming challenges associated with climate change remains ostensibly out of the radar of the policymakers. Progress towards the desired tax culture and increasing collection remains slow.  One can keep counting.

One should not overlook that some opportunities at regional and extended regional level beyond CPEC have also not attracted the due interest of the policymakers as of now. Many such opportunities would, in fact, instil a competitive spirit in CPEC itself.

One of the problems of the prime minister is quite understandable. The absence of a full-time finance minister – while the search for a stop-gap special assistant or advisor is on – has added unprecedented burden on his shoulders. This needs to be acknowledged.

Let us state it again that CPEC and its recently approved Long-Term Plan (LTP) remain pivotal for Pakistan’s development over the next decade and a half. Thus, timely completion of CPEC projects already initiated and the incorporation in it of further win-win projects to be taken up in collaboration with China should remain a priority.

At the same time, however, other dynamics of the national economy also warrant the corresponding and uncompromising, attention, time and energy of those at the helm of affairs.