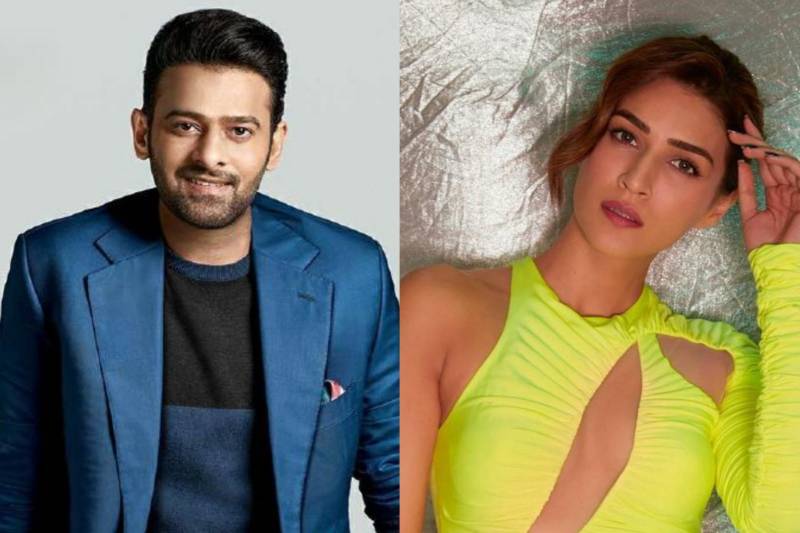 Bollywood diva Kriti Sanon's dating life has been the talk of the town. From rumours of the actress secretly seeing actor Aditya Roy Kapur to her affair with Adipurush co-star Prabhas, the 32-year-old star has been exhausted. The rumour mill of B-town also churned out that the Adipurush stars are quite serious and are definitely seeing a future together.

For starters, Indian actor Varun Dhawan was the first one to subtly confirm Prabhas-Kriti's relationship during a dance reality show. Dhawan was seen interacting with director Karan Johar, during the promotion of Bhediya at 'Jhalak Dikhhla Jaa', which went viral on social media.

While Dhawan's comments sparked a debate about whether there was an iota of truth, the Heropanti actress said that the rumours are anything but true.

Earlier, Sanon and Prabhas were spotted together at the trailer launch event of Adipurush, their commendable chemistry prompted their fandoms to ship the stars.

The Pati Patni Aur Woh actress took to her Instagram story and brushed the rumours aside, writing, “Its neither Pyaar, no PR… our Bhediya just went a little too wild on a reality show. And his fun banter lead to some howl-arious rumours. Before some portal announces my wedding date- let me burst your bubble. The rumours are baseless!” 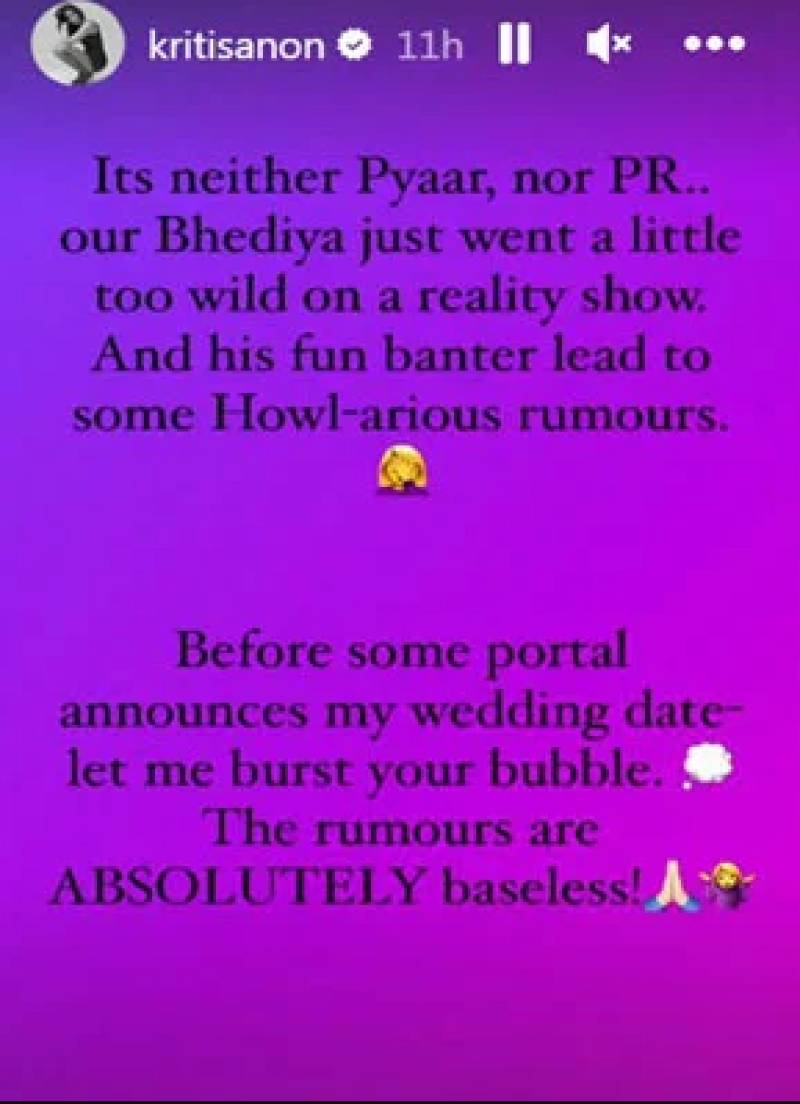 For those unversed, Sanon and Prabhas will be seen in Adipurush, produced by T Series and Retrophiles, and directed by Om Raut. The film was earlier slated to release on January 12, 2023, however, it will now be released on June 16, 2023. Based on the Indian epic Ramayana, Adipurush stars Prabhas playing Lord Ram while Saif Ali Khan stars as the Lankesh in the movie.

On the work front, Sanon's recent works include Bachchhan Paandey, Heropanti 2, and Bhediya, while the actress is gearing up for Ganapath, Shehzada, and Adipurush.

Prabhas, on the other hand, is currently basking in the success of Saaho, and Radhe Shyam while the actor has Adipurush, Salaar, and Project K in the pipeline.

Nora Fatehi and Kriti Sanon jump onto the ‘Pasoori’ bandwagon