PICTURES: Jesus' tomb opened for the first time after centuries 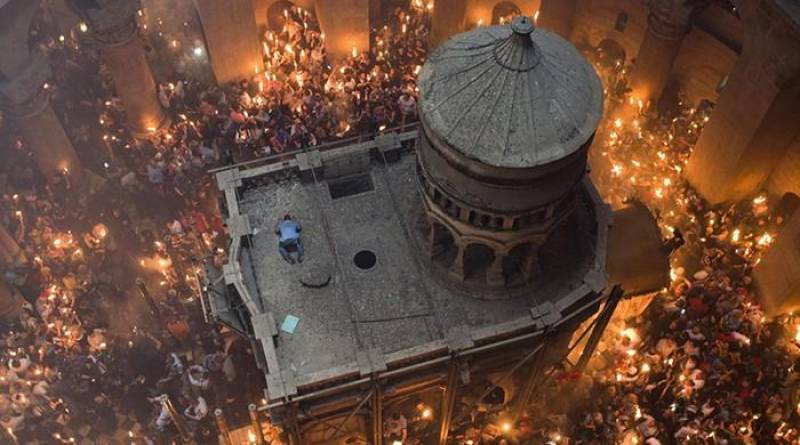 JERUSALEM - For the first time in hundreds of years, the marble stone above what Christians believe is Jesus' tomb in the Church of the Holy Sepulchre in Jerusalem was lifted as part of historic renovations at the holy site.

A marble slab covering the site, among the holiest in Christianity, was pulled back for three days as part of both restoration work and archaeological analysis 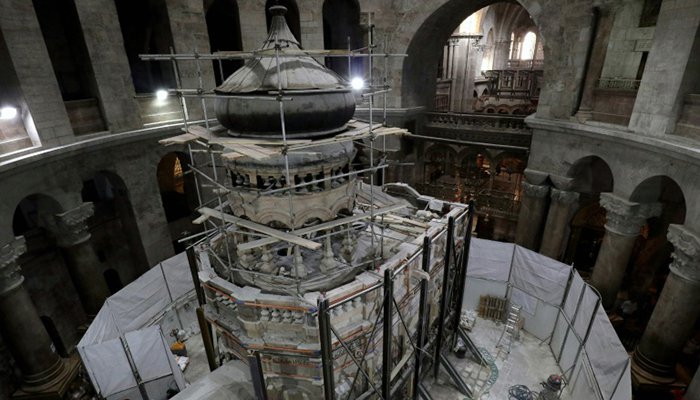 According to the Christian faith, after his crucifixion, Jesus' body was laid on a shelf that was placed within a cave, now covered by a structure called the Aedicule – a small chapel which will also undergo renovations alongside the tomb itself, which Christians hold to be empty following Jesus' resurrection. 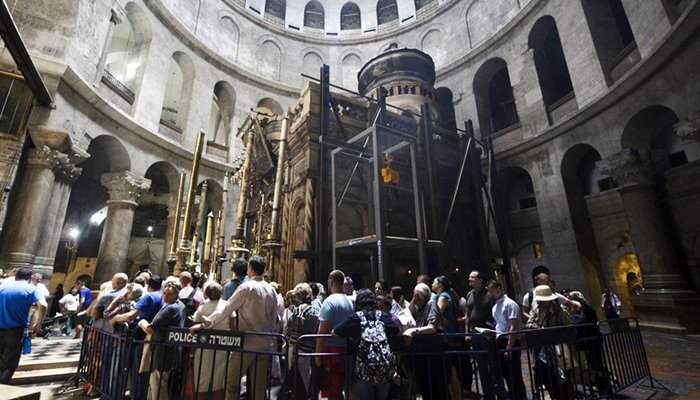 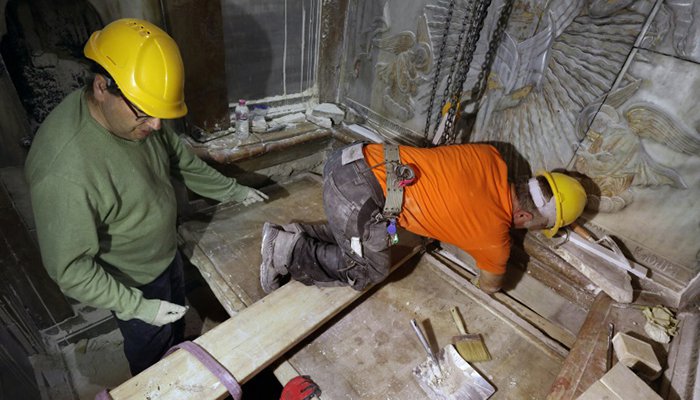 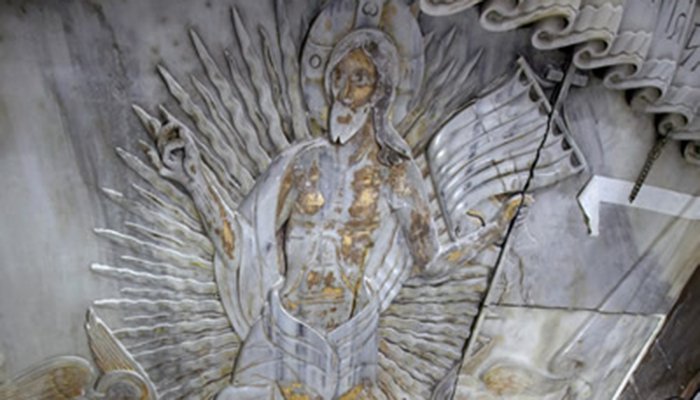