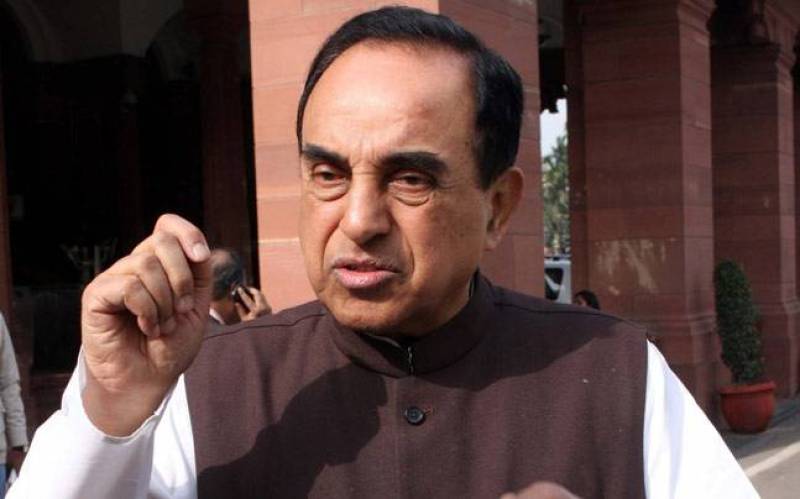 NEW DELHI - BJP leader Subramanian Swamy threatened on Thursday that India would break Pakistan into four pieces adding that the former country would be ready for such move around April 2018.

In an interview to ANI news, the BJP leader while referring to the 1971 Fall of Dhaka insinuated that India would teach a  lesson to Pakistan and would split it into four pieces this time.

No use of just crying over it. Earlier we broke Pakistan into two, now time to break them into four: Subramanian Swamy,BJP on #RamzanParray pic.twitter.com/IgbShaPAMP

The Politician maintained that even China was asking Pakistan to improve ties with India and added that the Pakistani government had suppressed the communities in Sindh, Balochistan and Khyber Pakhtunkhwa.

'The oppressed communities needed to be liberated and we would be doing that' affirmed the legislator.

Swamy went a mile more and claimed that China was directing to stop cross-border terrorism alleging that terrorists trained in Pakistan were targeting Xinjiang region.

On another question regarding the Indian spy Kulbushan Jadhav, Swamy expressed that it was a matter of honour for India and welcomed the offer of swapping him with APS attacker as disclosed by Foreign Minister Khawaja Asif,a  few days back.

It bears mentioning that this is not the first time Swamy bragged about Indian power and dared to split Pakistan. In 2015, he threatened Pakistan with the same statement.

"Pakistan has no power. It is frustrated and weak. Their civilian government is useless. It's a dummy government. If the military wants a war, we are ready, but we are not going to declare a war," Swamy had told ANI then.