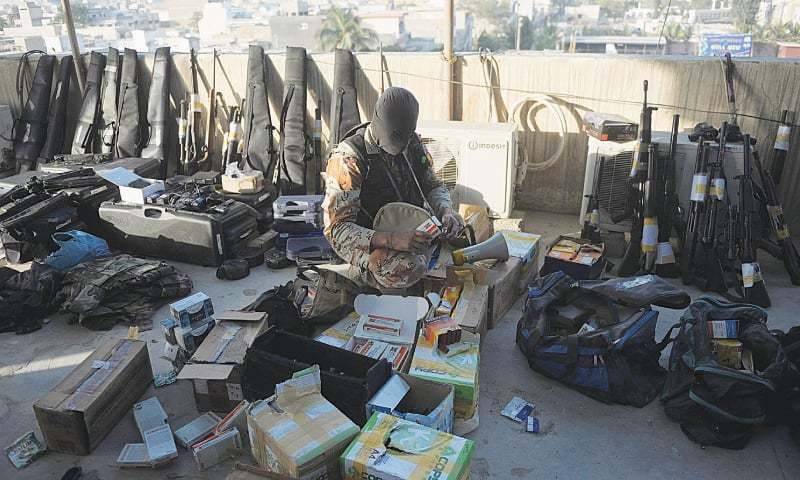 KOHLU - The Levies forces and intelligence agencies in a combined operation seized huge cache of weapons from Kohlu a district in Balochistan.

According to officials, a raid was conducted under the ongoing Operation Raddul Fasaad in Makhi Nala area of Kahan, but no arrest were made during the operation.

The officials recovered arms and ammunition from the hideouts belonging to militants of banned groups.

A considerable decline has been observed in militancy in Balochistan with the start of the army's Operation Raddul Fasadd across the country.