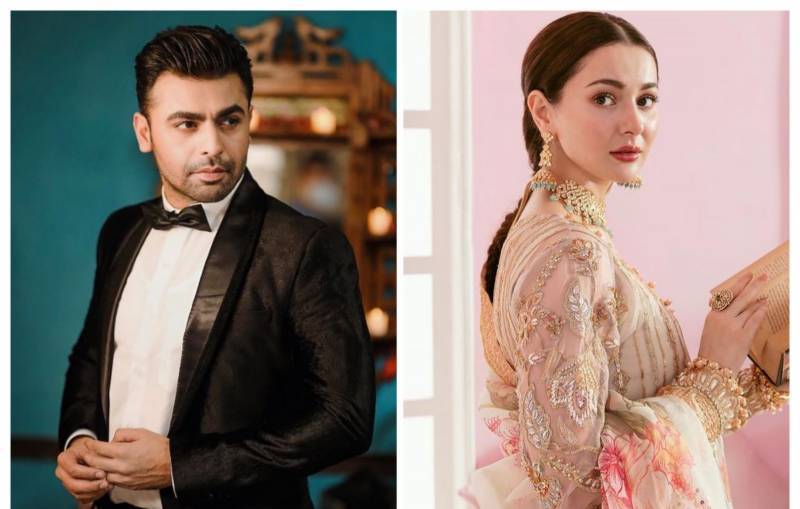 Blockbuster drama serial Mere Humsafar has set a benchmark of its own with its last episode and even before that the drama was causing a storm within the Pakistani drama industry.

As the drama features Hania Aamir and Farhan Saeed, the audience has been absolutely enamored with Farhan's character Hamza and Hania's Hala who plays a perfect gentleman.

At the end of the last episode, the cards have flipped and the spectacular performance of the entire cast has clean-swept the drama buffs.

"I always dreamt of giving my fans, my hanians a project that would be a treat for them to watch. Something that they would never forget. And I realised that dream through Mere Humsafar???? When we started working on this project we could’ve never imagined this. We didn’t know that it could become what it has," wrote Hania.

Thank you for being the soul of Mere Humsafar!

We would’ve been lost without you. Thank you for believing in us and this project!

Thank you for being a one man army and for being the captain of the ship who we knew would never let us down.????

Moreover, the Udaari actor also penned a heartwarming note to bid goodbye to his much-loved actor.

"Good bye #merehamsafar , it’s hard , very hard! But you know what thank you ! Thank you for giving me these whole bunch of crazy people who just say good things about me and pray for me no matter what! They’re staying with me forever so again thank you!

I’ve said my thank yous to my main people already for #merehumsafar but few were left and it’s incomplete without them!," he wrote.

Lollywood's it-girl Hania Amir proved her mettle in the entertainment industry with dedication, talent, and charming ...