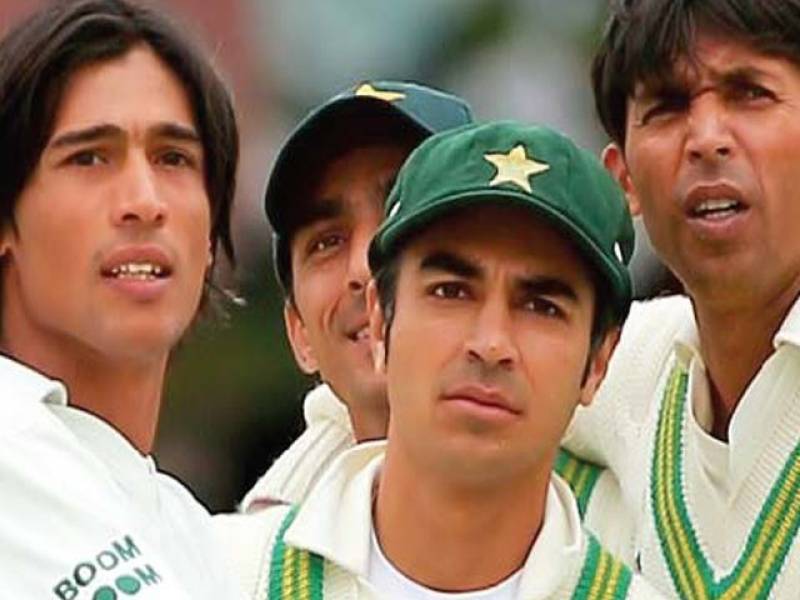 On Wednesday they will join left-arm quick Mohammad Amir, whose own ban was relaxed by the International Cricket Council six months ago, in being free to restart their careers.

The trio were suspended in 2010 for arranging no-balls to order during a Test match in England, as part of a complex betting scam uncovered by a tabloid newspaper sting that rocked cricket and also saw all three and their disgraced agent Mazhar Majeed serve time in jail.

Batsman Butt, now 30, had captained Pakistan to Test victories over Australia and England and looked set for a long period as the team’s leader before his career crashed to a halt.

“My heart tells me I should wake up early in the morning and go to a ground and bat,” he told AFP. “It’s the cricket field where I want to start my redemption and prove myself again.”

Asif, who will be 33 in December, was already considered one of the finest exponents of swing bowling in the world and appeared set to become yet another Pakistani fast-bowling great until his suspension.

Asif said he was excited to be able to return to the game.

Amir, who at 18 became the youngest player in history to take 50 Test wickets, received widespread sympathy from across the cricketing world at the time of his ban.

The PCB were able convince the ICC to relax his ban, allowing him to feature in domestic matches from April this year.

He took an impressive 22 wickets in four grade-two matches and is set to feature in the National Twenty20 tournament starting from Tuesday.

But a long lay-off exposed his fragile fitness, something which may hinder his early return to international cricket even though at 23 his best years could still be ahead.

“I am not looking for international cricket so soon. I have to work on my fitness and perform consistently then only I can expect to play at the top level,” said Amir, who says he is targeting a comeback for Pakistan in the World Twenty20 in India next March.

If he succeeds there, he could theoretically tour England in July, returning to the country where he was caught fixing.

Butt, Asif and Amir may have been forced out of the sport in 2010, but Pakistan moved on under the leadership of batting stalwart Misbah-ul-Haq, who has captained his country to a record 18 Test wins including series victories over Australia and England.