This ‘Unicorn Woman’ has 5-inch horn growing from her head 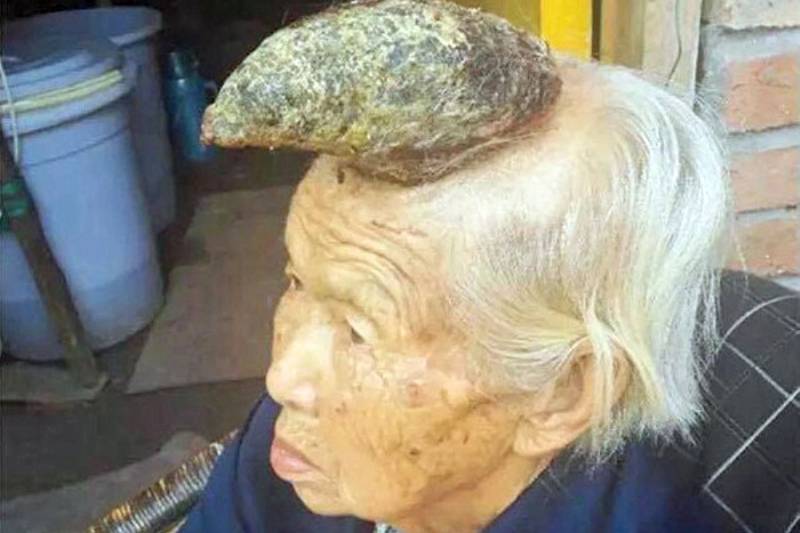 ZIYANG (Web Desk) - Chinese doctors are baffled by a bizarre, five-inch growth on an elderly woman’s head. They aren’t able to explain what it is exactly, but it bears an uncanny resemblance to a unicorn’s horn!

Liang Xiuzhen, the 87-year-old is a resident of Guiyan village in Ziyang City, in south-west China’s Sichuan Province.

According to Wang Chaojun, Xiuzhen’s son, his mother had something resembling a "black mole" growing on her head seven or eight years ago. 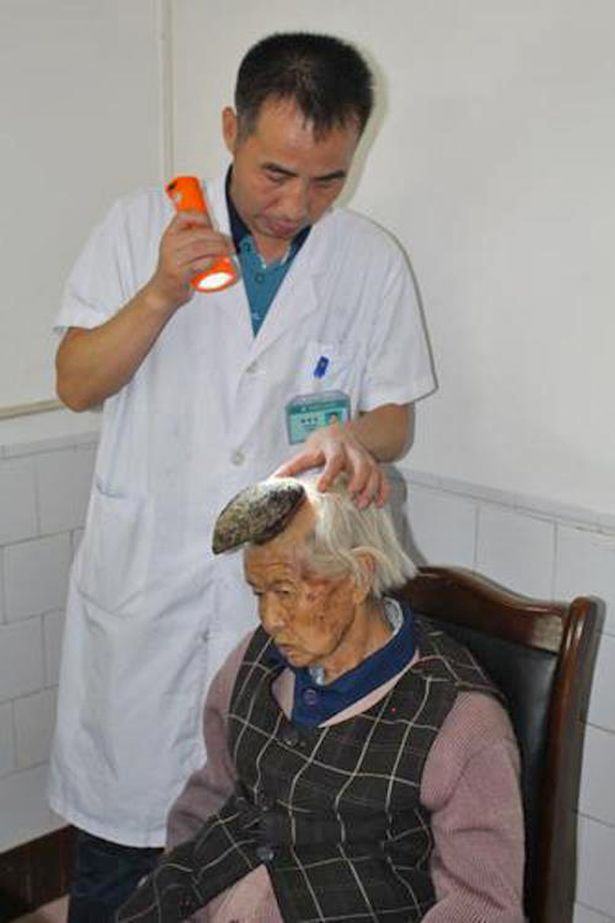 Chaojun said: "My mother complained about this mole-like growth on her head that itched all the time.

"We found ways to cure her itch using traditional Chinese medicine, and then left it be."

But matters got out of hand a couple of years ago, when a tiny horn-like mass erupted out of the mole. It was quite small up until this February, when Liang accidentally broke it.

Since then, a new horn has been rapidly growing in its place, now measuring a whopping five inches in length. “Now the horn hurts my mother and prevents her from sleeping. It also bleeds from time to time,” Wang Chaojun said.

87-year-old Liang’s photographs are now all over the internet, and doctors are clueless about what to do with her grotesque horn, the Mirror reported.

Some have diagnosed it to be a ‘cornu cutaneum’ - a keratinous skin tumor that looks like a horn. Surgery is the only option to have it removed, but Wang Chaojun is skeptical.

“My mother is old, and the horn is on her head which is a very sensitive area,” he said. “I’m not confident (of) surgery. If something goes wrong, it would be terrible.”