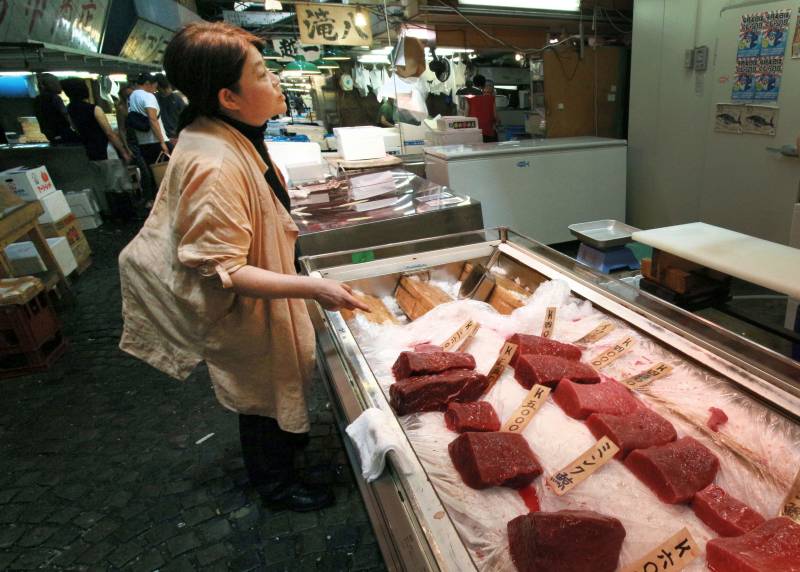 TOKYO (Web Desk) - A ship carrying 1,816 tons of whale meat from Iceland arrived Sunday in the port of Osaka, coming for the first time via the Arctic Ocean to avoid obstruction by anti-whaling groups in the Indian Ocean, The Japan Times reported.

The ship brought whale meat equivalent to around 40 percent of Japan’s annual consumption.

The fin whale is listed as an endangered species by the International Union for Conservation of Nature, of which Japan is a member.

Greenpeace has also reported after the International court of Justice has ordered Japan to stop hunting whales, it seems like the country has found another way of getting the whale meat. Undoubtedly, this decision will lead to another wave of outrage from the environmentalists.

Previously, Iceland and Norway have fallen under a huge criticism for hunting whales despite an international moratorium. Japan continued to hunt whales for "scientific research".

Many observers have expressed doubt saying that research is only an excuse to get whales for commercial use. In March, the UN ICJ ordered Japan to stop hunting whales.