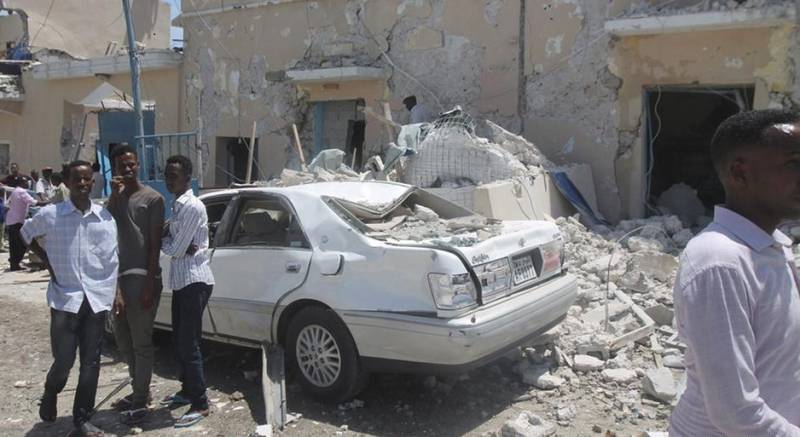 MOGADISHU (Web Desk) - As many as 22 people lost their lives as a suicide bomber detonated an explosives-laden truck near the gate of Somalia’s presidential palace on Tuesday.

Some of the injured involve cabinet members as well. The bomb exploded during a morning traffic jam.

The injured were rushed to Mogadishu’s Madina Hospital, said Dr. Mohamed Yusuf, the hospital’s director. The massive blast left a trail of destruction across the hilltop presidential complex and to hotels nearby.

The police officials claimed that the assailant was stopped by the security forces however the attacker detonated the bomb near the presidential palace.

The explosion was heard across Mogadishu, and smoke was seen billowing over the area of the presidential compound. Somalia’s Islamic extremist group Al-Shabab has claimed the responsibility for the blast, according to the rebels’ Andalus radio station.