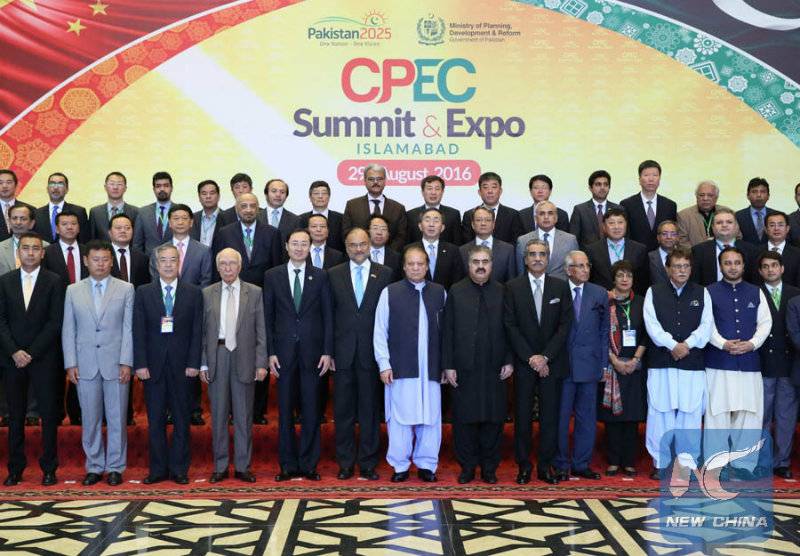 ISLAMABAD - The Government of Pakistan is holding a two-day summit and expo regarding China-Pakistan Economic Corridor, with an aim to provide a platform for exchanging ideas and open new avenues for increasing businesses and to explore opportunities in CPEC.

Prime Minister Nawaz Sharif Monday inaugurated the two-day CPEC Summit and Expo at the Pakistan-China Friendship Center in Islamabad, which was organized by Pakistan's Ministry of Planning, Development and Reforms.

The meeting is a move designed to broaden the project platform, open up more business and trade cooperation channels to attract more investors to join CPEC, and promote economic development in the region.

On the occasion, the Planning minister recalled the long-standing good relations between Pakistan and China.

PM Nawaz Sharif, as the guest of honor, also delivered an important speech. He stressed that the long-term brotherhood, as well as a close strategic partnership between China and Pakistan, will grow in coming years.

The PM noted that Chinese President Xi Jinping's visit opened a new chapter of bilateral relations in 2014. During the visit, General Secretary Xi Jinping thanked Pakistan for its firm support when China was isolated. Pakistan also thanked China for its optimistic approach towards the prospects for development of Pakistan.

The PM also visited the stalls, set up by Pakistani and Chinese companies and by different departments of Pakistan's federal and provincial governments at the exhibition halls, and expressed satisfaction over their performance in the projects related to the CPEC.

At one of the stalls, leader of a photovoltaic power generation project told the reporters: "This China Pakistan Economic Corridor summit has provided a good platform to both Chinese and Pakistanis for mutual cooperation. We (Chinese enterprises) can get more detailed description of the company, and the product, and contact the Pakistani businessmen in the shortest possible time.”

He was very grateful to Pakistan for providing this platform. He said that Prime Minister Nawaz Sharif, in his speech on the Assembly, indicated the importance of CPEC, which will undoubtedly further strengthened the confidence of his investment in Pakistan.

President of Pakistan Federation of Industry and Commerce Abdul Rauf Alam said: “The development of CPEC depends on the mutual cooperation of the government and entrepreneurs on both sides. Chinese and Pakistani people need to work together. The friendly cooperation between the business people of Pakistan and China will be further developed in this summit.”

Apart from government representatives, businessmen, there was another group - Pakistani student volunteers - at the summit.

A Chinese volunteer studying for last four years in Pakistan told the reporters that the summit not only increased his knowledge, but also helped him to have a deeper understanding about CPEC. “Good to see so many companies gathered at one place,” said the volunteer who showed his full confidence in the bright future of Pakistan.

During the two-day summit, the participants will feature in eight sessions of discussions under different topics, including Sharing the fruits of regional development, China-Pakistan CEOs Forum, CPEC 2013-2030 Business Opportunities for Pakistan and China, opportunities for Pakistan's businesses under CEPC projects, business opportunities in energy and connectivity infrastructure, CPEC and the sub-regional socio-economic development in Pakistan, rejuvenating old and creating new cities as centers of growth under CPEC, and business opportunities in trade & industry under CPEC. 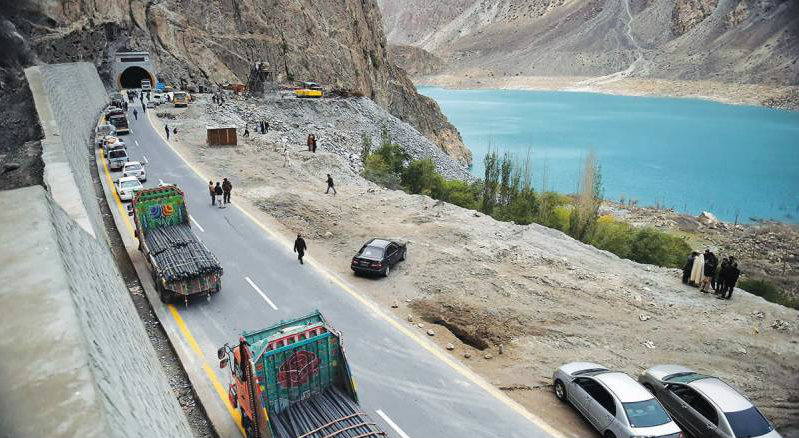 The $46 billion China Pakistan Economic Corridor (CPEC), involving energy, infrastructure, industrial parks, is divided into two categories in order to actively promote its implementation. At present, most of the project is under construction in Pakistan, and is expected to be completed in 2018. The economic corridor was conceived by integrating Vision-2025 of Pakistan and ‘One Belt-One Road’ vision of Chinese leadership.