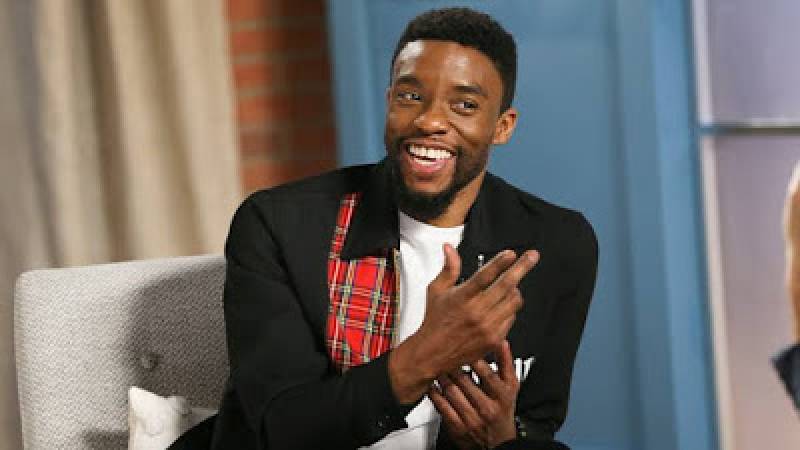 A tribute fit for a King. #WakandaForever https://t.co/lpyzmnIVoP

"Fans are coming together on Twitter to celebrate the life of Chadwick Boseman, and the Tweet sent from his account last night is now the most Liked Tweet of all time on Twitter," the social meida company said in a statement. "Fans are also working to organize Black Panther Twitter watch parties using #BlackPanther and #WakandaForever, so Twitter has turned the original #BlackPanther emoji back on so fans can watch and talk about his legacy together."

The tweet announcing Boseman's death currently has over 7.3 million likes and 3.1 million retweets.

"It is with immeasurable grief that we confirm the passing of Chadwick Boseman. Chadwick was diagnosed with stage III colon cancer in 2016, and battled with it these last 4 years as it progressed to stage IV," read the statement.

The star, 43, was born in South Carolina and graduated from Howard University in 2000.

Boseman starred in a many films and TV shows over the last two decades. Some of his notable works include ‘42’ where he portrayed baseball pioneer Jackie Robinson and James Brown in Get on Up. He recently appeared in Spike Lee’s Da 5 Bloods. He rose to fame with his role as Black Panther in the Marvel Cinematic Universe.

His T'Challa character was introduced in 2016's Captain America: Civil War. The film was followed by “Black Panther” which shattered box office records and “Avengers: Infinity War” in 2018 and “Avengers: Endgame” in 2019.